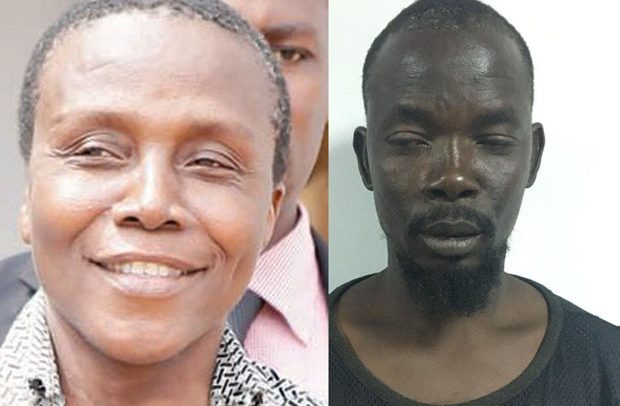 The trial of Gregory Afoko and Asabke Alangdi ‒ accused of murdering the late Upper East Regional Chairman of the New Patriotic Party (NPP), Adams Mahama‒ has begun before the Accra High Court.

The two are alleged to have poured acid on the deceased who suffered severe bodily burns and died the next day while on admission at the Bolgatanga Municipal Hospital.

Afoko and Asabke are before the court on two counts of conspiracy to commit crime and murder.

This is the second time Gregory Afoko is standing trial for the offence after the state earlier this year entered nolle prosequi to discontinue the first trial following the arrest of Asabke, who was on the run and hiding in Abidjan, Ivory Coast.

The two all pleaded not guilty to the charges levelled against them by the state.

The court has successfully empanelled and sworn-in a seven-member jury to hear the matter amidst the rejection of three potential jurors.

The empanelling was briefly delayed as Stephen Sowah Charway, lawyer for Afoko, urged the court to grant them the opportunity to conduct background checks on the potential jurors.

This was objected to by Marina Appiah Opare, a chief state attorney who contended that the law does not provide for background checks on potential jurors, adding that “this has never been the case and this is not what the law has provided for.”

The court presided over by Justice Merley Wood dismissed the lawyer’s request, saying what he was asking has not been provided for by the law.

Mr. Charway then repeated his request, this time asking the court to allow them some time to do a background check on the selected seven jurors, so that in case they have any ‘objections for cause’ per Section 51 of Act 30, they can do so.

This was also objected to by Ms. Opare, who argued that Afoko had rejected three potential jurors and had no objections against the selected, hence cannot be asking for an opportunity to do a background check on those selected.

Again, the judge dismissed the request, saying had Afoko objected to four potential jurors, then the ‘objections for cause’ would arise.

Ms. Opare, in her opening statement, explained to the jury the components of the charges of conspiracy and murder.

She told them the state will, during the trial, prove that the two accused persons were responsible for the death of the late Adam Mahama.

She added that the state will be calling 19 witnesses and will also tender a number of exhibits through them.

The case resumes on July 26.