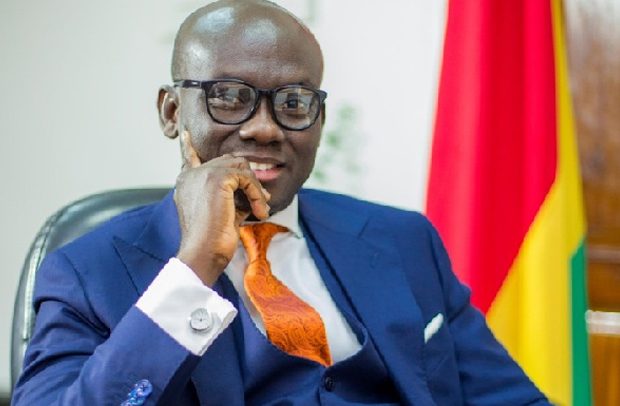 The private financial institution had filed claims to the effect that it was still entitled to more payments amounting to about GH¢1,273,000,000 as judgment debt flowing from a Supreme Court judgment.

But this position was vehemently opposed by the Attorney General who insisted that the state had made all outstanding payments to the firm and owes it nothing.

The AG had contended that as far as the government is concerned, it has already complied with the judgment of the Supreme Court, but NDK continues to make ‘unsubstantiated’ claims for more money.

The Supreme Court in March 2019 then appointed PricewaterhouseCoopers Ghana – an accounting firm – to ascertain the veracity of the over GH¢1.27 billion claims being made by NDK Financial Services Limited against the government through the Ministry of Energy.

The state being represented by the Attorney General and the private firm were subsequently ordered by the court to prepare legal accounts for the auditing firm to work with.

PWC was expected to verify how much the state had been able to pay through the Bank of Ghana (BoG) and whether NDK was still entitled to more payments amounting to GH¢1,273,000,000 as judgment debt.

The parties in the matter complied with the orders of the court and PWC after its auditing, submitted its findings to the Supreme Court.

A five member panel of the Supreme Court presided over by Chief Justice Anin Yeboah and assisted by Justices Jones Dotse, Paul Baffoe-Bonnie, Sulemana Gbadegbe, as well as Nene Amegatcher, in a unanimous decision held that government only owed NDK Financial Services only GH¢14,689.75 and not the huge amount it claimed.

Justice Gbadegbe, now retired, had to come back to give his opinion because Article 145 (4) of the 1992 Constitution gives him six months to enable conclude cases he was handling prior to the date of retirement.

Government, the court held, is to pay only GH¢14,689.75 as outstanding debt with interest at the prevailing rate, starting from November 14, 2014, to the day of final payment.

The court said full reasons for its judgment would be ready at its Registry by June 4, 2021.

The AG in 2019, had filed an application before the Supreme Court insisting that the government had fulfilled all financial obligations to NDK with regards to certain payments and interests based on the court’s order.

Then Deputy Attorney General Mr. Dame now AG, had told the court that “NDK through a process of categorising the judgment debt into ‘ascertained’ and ‘unascertained’ parts, has been persistently making claims for humongous sums from the applicant herein, albeit totally unjustified.”

Mr. Dame further argued that, “that in the view of the state implies the sum of GH¢867,441.5 plus interest at the agreed rate of 6.5% per month calculated at the close of each day and payable at the end of every month from  April 1, 2009 till the date of final payment.”

However, Alfred Bannerman Williams, counsel for NDK, opposed the application which he said “seeks to truncate the execution of the court’s order.”

He also challenged the ‘inherent jurisdiction’ of the Supreme Court based on which the AG had filed the application.

Counsel was however, unable to tell the court how much money the state owed NDK, but said there were ‘unascertained’ payments.

It was on this basis that the court appointed PricewaterhouseCoopers Ghana, an accounting firm, to ascertain the veracity of claims made by NDK Financial Services Limited’s over GH¢1.273 billion claims against the government, and it was established that the private firm was entitled to only GH¢14,689.75 and not GH¢1,273,000,000 that was claimed.