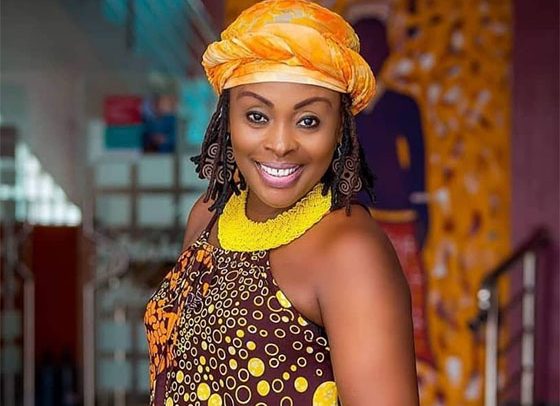 An Accra Circuit Court has acquitted and discharged highlife musician Akosua Agyapong and one Frank Agyemang, who were before the court over an alleged fraudulent sale of land.

The court, presided over by Her Honour Priscilla Mireku, in her judgement held that the prosecution failed to establish a prima facie case against the accused persons; hence, the reason to acquit and discharge them.

The judge also found that there was no evidence before the court which showed that documents pertaining to the land in question were forged.

The court observed that based on evidence provided by the complainant during cross examination before it, the court knew that the land belonged to one Dora Amosi Okyere.

Her Honour Mireku also observed that the matter before her was more of a civil case rather than a criminal case and urged the complainant to file a civil case against the two if he so wishes to.

Akosua Agyapong was dragged before an Accra Circuit court for defrauding one Jonas Asamoah an amount of GH¢160,000 and a Toyota RAV 4 valued at GH¢ 100,000.

The fact of the case as presented by ASP Agnes Boafo is that the complainant, during February 2017, contacted Akosua Agyapong that he wanted a parcel of land by the roadside to display his vehicles for sale.

Akosua Agyapong then later introduced the second accused person, Frank Agyemang Badu, to the complainant as her brother who has one plot of land opposite the West Hills Mall for sale.

The complainant, after inspecting the land, then expressed an interest in it; however, he asked for genuine documents for verification at the Lands Commission.

But Akosua Agyapong convinced the complainant that the land was genuine and as far as she was concerned, Frank Agyemang Badu was the rightful owner of the land.

ASP Agnes Boafo told the court that Akosua Agyapong and her accomplice then took the complainant to the Lands Commission where a supposed official of the Commission came out to confirm to the complainant that the land truly belonged to Frank Agyemang Badu.

The three then arrived at GH¢ 160,000 as the price for the land after several bargaining.

ASP Agnes Boafo told the court that the complainant made a cash payment of GH¢ 105,000 to the two and further released a Toyota RAV 4 valued at GH¢100,000 to Frank so that he could add another plot of land located behind the West Hills Mall.

The complainant, having made payment for the land, started to work on it but was confronted by one Jonathan Asante, who claimed ownership of the land and had the original documents to the land.

He then tried to look for Akosua Agyapong and her accomplice to retrieve her money but to no avail.

The complainant reported the case to the police and the two accused persons were arrested but granted police enquiry bail to produce Dora Amosi Okyere, the woman whose name was on the land document. 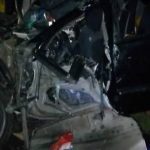 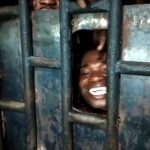 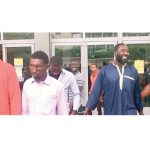