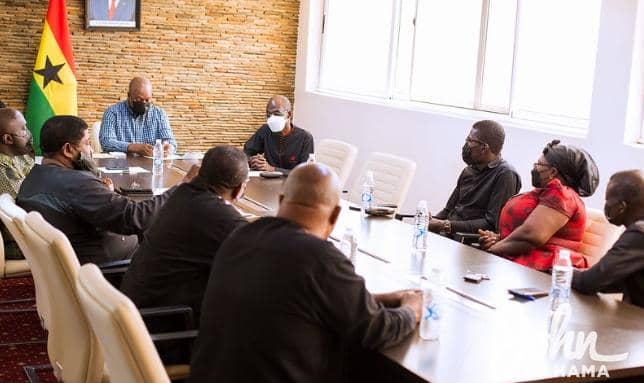 The family of the late Ama Benyiwa Doe, a former Member of the Council of State under the former National Democratic Congress administration, has announced that she will be buried in the middle of December.

The final funeral and the burial rites take place in her hometown, Gomoa Abora in the Central Region.

The family announced this during a courtesy call on former President John Dramani Mahama at his office in Accra to announce the funeral arrangements.

The late Ama Benyiwa Doe who served in Ghana’s Parliament from 1992 to 2004 as Member of Parliament for Gomoa West, passed on in September 2021 after a short illness.

The former President described the former Central Regional Minister and Council of State Member as “one of the most inspirational icons to have served our party, the NDC, and this great nation.”

According to Mr. Mahama, “she was not only a politician but also a gender activist and champion of women’s rights. Ama Benyiwa Doe was an embodiment of limitless courage, commitment, and passion for service.”

Leading the family delegation, a former Commissioner General of the Ghana Revenue Authority, George Blankson, announced that the funeral would take place from the 17th to 19th December in Gomoa Abora in the Central Region.

He consoled the family and assured them that the National Democratic Congress (NDC) would give its fallen comrade a befitting farewell.