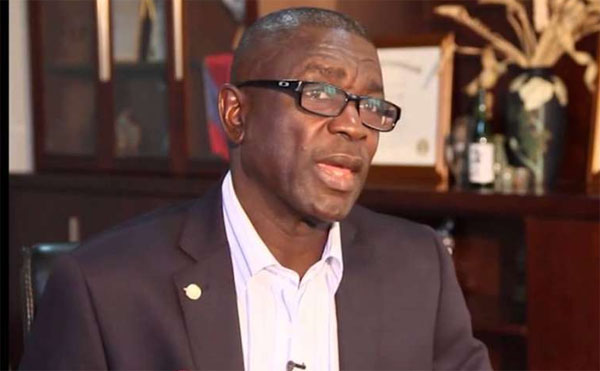 The former Chief Executive Officer of insolvent UT Bank which is now defunct, Prince Kofi Amoabeng, and five others charged with their alleged conduct leading to depositors of the bank losing money were yesterday granted a total of GH¢320 million bail by an Accra High Court.

The court presided over by Justice Bright Mensah, a Court of Appeal judge sitting with additional responsibilities, gave the six accused persons separate bail terms totalling GH¢320 million because of the circumstances of the case.

The embattled businessman, together with a former 2nd Deputy Governor of the Bank of Ghana, Dr. Johnson Pandit Asiama, and four of his former employees  are before the court facing some 42 charges including causing financial loss to the state.

Mr. Amoabeng is alleged to have transferred the investment of some 15 companies totalling GH¢51,334,387.08 and $8,799,917 from UT Bank to UT Holdings, a company he owns without the knowledge and consent of the investors.

Dr. Asiama, on the other hand, is accused of allegedly causing financial loss to the state by approving GH¢460 million liquidity support for UT Bank without following laid-down procedures.

Apart from Mr. Amoabeng and Dr. Asiama, other persons charged are Raymond Amanfu, former Head of Banking Supervision Department (BSD) at BoG from 2014 to October 2017; UT Holdings Limited (UT Holdings); Catherine Johnson, former Head of Treasury who had also acted as the Head of Corporate Banking of UT and Robert Kwesi Armah, a former General Manager of Corporate Banking of UT.

The accused persons are facing a total of 42 charges including fraudulent breach of trust, abetment of crime and causing financial loss to the state.

They pleaded not guilty to all the charges levelled against them.

Simon Animley who held brief for Fred Dotse, counsel for Dr. Asiama, prayed the court to grant him self-recognizance bail as he had already been committed to another bail term in a different matter which is before the same court.

He said if the court should impose any other bail condition his client has to be in custody during the conduct of the case as he may not be able to meet them.

K. Addo Atuah, who is counsel for Mr. Amoabeng, told the court that his client had fully cooperated with the investigative bodies in the matter and he never did anything contrary to the police enquiry bail granted him.

He told the court that Mr. Amoabeng was prepared to clear his name hence would make himself available for the trial.

Nicole-Marie Poku who held brief for Thaddeus Sory, Counsel for Catherine Johnson, made a humble appeal to the court to consider the situation of her client and grant her bail.

She said Mrs. Johnson is a mother and one of her kids is a toddler and would not do anything to jeopardize the trial, adding that when granted bail she would avail herself for the trial.

The Attorney-General, Gloria Afua Akuffo, did not oppose the grant of bail but said the terms must commiserate with the charges and the circumstances of the case.