And A Korean Minister Visits 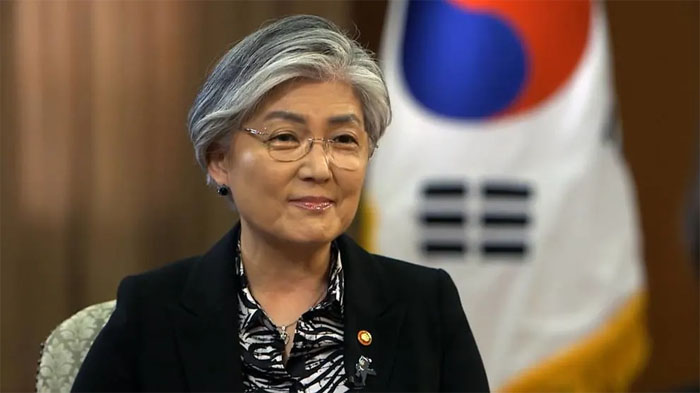 Ghana’s rising status in the international community is informed by progress being recorded in the various departments of governance, with the economy in particular showing important inroads.

Last week, after indefatigable diplomatic efforts, the country achieved its dream of hosting the headquarters of the African Continental Free Trade Area (AfCFTA).

The reverence and economic goodies which come with the new status are enormous and we are grateful to the President and our diligent Foreign Affairs Minister whose efforts made it all possible.

The name Ghana continues to glitter in boardrooms of conglomerates across the world as a country which has been able, through good leadership, change its negative story a few years ago to a new one laden with hope and progress.

It was not for nothing that we earned the status for which government has pledged $10 million for the setting up of the Secretariat. Other countries eyed the status but missed it.

The visit to Ghana today by the Foreign Affairs Minister of the Republic of Korea is especially auspicious, and coming at it is against the backdrop of our new status in the continental comity of nation. Countries such as Korea, the 11th largest economy in the world, and others in the other hemisphere would be able to engage with the continent in the area of trade through the Ghana-based trade headquarters for Africa’s 1.2 billion people.

We are excited about the possible outcome of the bilateral discussions the guest will hold with the Vice-President and later the Foreign Affairs Minister.

Our country is currently undergoing various transformational programmes in agriculture and industrialization, among others, for which reason we need to link up with such giants as the Republic of Korea.

Our export promotion drive will register important strides when we win the hearts of such countries as the Republic of Korea.

Our railway sector development which went moribund for a long time and now no longer part of our transport architecture must count on the support of willing supporters with enormous capital and know-how such as the Republic of Korea.

Many of our technocrats hardly get the opportunity to upgrade their statuses after their academic work in school but the expected announcement of the visiting minister of scholarships for continuing education at the master’s level could be changing this. What a welcome development for our human resource enhancement.

Technological transfer at this stage of our development is critical. We would, therefore, ask that this is considered if it is not too late for discussion during our engagement with the Korean guest.

The Korean story since its destructive war ended in 1953 when the Gross National Income stood at US$67 million, augmenting to US$31,349 is instructive and full of important lessons for countries like ours. With able leadership, we can change our narrative by considering the perseverance of the people of the Republic of Korea.

Having graduated from an aid dependent country to a high income earning nation, home to the Hyundais, Samsungs, among other world-acclaimed conglomerates, linking up with such a burgeoning giant is worth the trouble.

We wish to welcome Ms Kang Kyaung to our beautiful country with the standard ‘ayekoo’ and pray that we witness phenomenal dividends from the trip – the second by a serving Korean Foreign Affairs Minister.

Some Common Errors Of Malapropism, Homophones