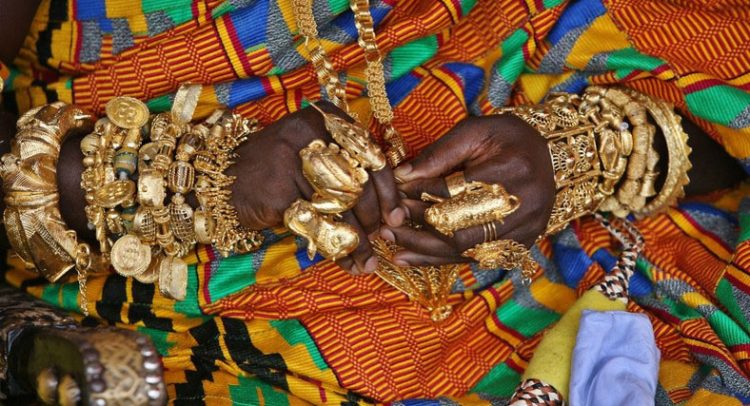 Gyasehene of Apinto Divisional Council, Nana Adarkwa Bediako III, who was reported missing on Wednesday, has been found.

The chief presented himself to the Tarkwa Divisional Police Command on Thursday with a crowd following him.

He said on July 13, 2021, the Command received a report that Nana Bediako, who is also the Chief of Kotokyere, was missing and that the Command began investigations immediately.

Chief Supt Kumah said the police continued their search on Thursday and even visited some hotels where they had a tip-off that the chief was being kept but they did not find him.

“Around 6pm, the police had information that the Gyasehene was on his way from Takoradi to Tarkwa. We did not believe it but we kept waiting until the Abusuapanin of the victim, Nana Kwasi Kom, walked in to confirm what they had heard,” he said.

Chief Supt Kumah said Nana Bediako showed up around 7pm and the police started questioning him as to what happened.

“Even though there were no marks of assault on Nana he looked tired and appealed to the police that they should schedule a meeting on Friday to enable him to reveal what really happened to him and so we allowed him to go home,” he said.

“The police even took a group photograph with the Gyasehene for the world to know that it is true that he has been found but as to what actually happened to him we are yet to hear from him,” the Divisional Commander said.
GNA