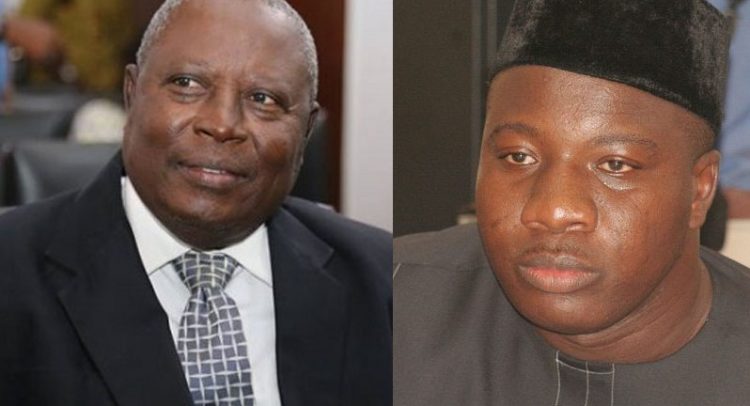 Member of Parliament (MP) for Bawku Central, Mahama Ayariga, has challenged the capacity and qualification of the Special Prosecutor, Martin ABK Amidu, to investigate him.

In an application filed at an Accra High Court, the opposition National Democratic Congress (NDC) MP contended that the charges levelled against him by the Special Prosecutor do not fall within the powers conferred on him by parliament; hence he has no authority to investigate and prosecute him.

Again, the MP contended that Mr. Amidu is above 65 years and therefore disqualified to hold the Office of the Special Prosecutor as prescribed by the 1992 Constitution.

The NDC MP was dragged to court by Martin ABK Amidu over allegations of tax evasion by using parliamentary privileges to import three Toyota V8 vehicles into the country.

Mr. Ayariga is alleged to have fraudulently evaded customs duties and taxes in the importation of the vehicles into the country.

He is also before the court together with six others over charges relating to the purchase of some ambulances by the MP.

The MP had tried to use parliamentary privileges (Article 118) which, according to him, does not allow him to be dragged to court while on parliamentary duty.

But the presiding judge made an order which in effect meant that Mr. Ayariga must make himself available before the court for trial any time the case is supposed to come on.

In her ruling based on an application filed by his lawyer to that effect, the judge indicated that Mr. Ayariga was appearing before the court as an accused person and not a witness, for which reason Article cannot hold.

The case is still at its preliminary stages, but the MP’s lawyers are making moves to ensure that the trial does not go beyond that stage.

They have subsequently filed two separate applications challenging the qualification and capacity of the Special Prosecutor who initiated the process to haul their client to court.

The court, presided over by Justice Afia Serwaa Asare Botwe, has not discussed the issue of bail, as the charges that resulted in the trial are being challenged.

In his application, Mr. Ayariga averred that the decision by Mr. Amidu to sign the charge sheets before the court make them a nullity and of no legal effect, as he is not qualified to occupy the Office of the Special Prosecutor.

He also said that three out of the five charges – fraudulent evasion of customs duties and taxes, dealing in foreign exchange without licence and transfer of foreign exchange from Ghana through an unauthorized dealer – do not fall within the powers of the Special Prosecutor and cannot be prosecuted by him.

He is also challenging the powers of Mr. Amidu to investigate and prosecute issues concerning the public procurement.

The MP is therefore praying the court to strike out the charges against him.

In opposition, Mr. Amidu, in an affidavit, described moves by the MP to have the case thrown out as vexatious and an abuse of the court processes aimed at frustrating his trial.

According to him, the issue of his qualification to occupy the Office of the Special Prosecutor is before the Supreme Court and the court pursuant to an application struck out his name as a party to the suit.

He said the plaintiff in that suit did not pray the court for an order restraining him from performing his duties, and hence nothing stops him from going ahead to carry out his functions as conferred on him.

He further contended that the high court where the current application is does not have the power to interpret the constitution to determine whether he is qualified or not, as it is only the Supreme Court, which is clothed with such powers.

He added that whatever the outcome of the case at the Supreme Court may be, it’s unlikely to declare his appointment retroactively as void, as that would render the whole Office of the Special Prosecutor and all appointees and work done as null and void.

Mr. Amidu concluded that the charges being challenged by Mr. Ayariga are well within the remit of his office.

The presiding judge ordered both the prosecution and defence to simultaneously file their arguments by 3pm tomorrow for her ruling on Monday 17th July 2019.

The Police Must Enforce The Law