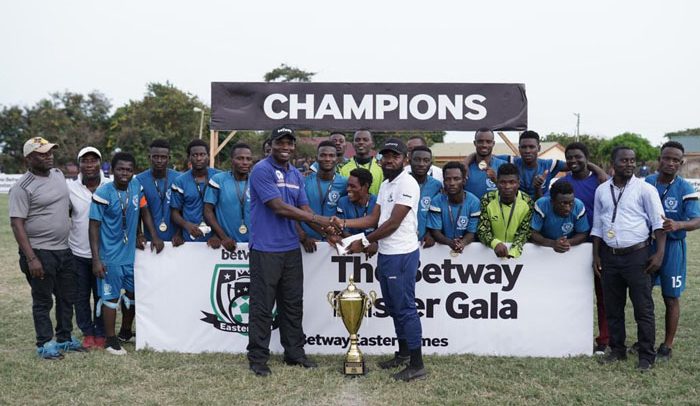 The much-anticipated Betway Easter Gala knockout tournament that featured community teams from Nungua and Pokuase in the Greater Accra Region, Akim Oda in the Eastern Region and Takoradi in the Western Region was held on Saturday.

The top three teams at each location shared a total prize of GH¢ 5,000 with the champions walking away with a massive GH¢ 2,500 in cash.

In Accra, Avengers FC were the champions of Lance Park, overcoming Future Stars in a thrilling contest, while Emmanuel FC walked away from the Nungua Town Park with all the spoils after beating Danbort FC, 1-0.

Effiakuma No. 2 and New Takoradi squared off in an electrifying final at Red Park in Takoradi, with Effiakuma No.2 lifting the Betway Easter Gala Cup after emerging 3-2 winners.

Oda Old Town walked away from Akim Oda with the bragging rights after beating Aboabo by 5 goals in an exciting 5-4contest. The third/fourth playoff between Oda Newton and Akim Swedru was just as captivating as the final, and ended 1-0 in favour of Oda Newtown.

Betway prizes and souvenirs were awarded to fans who put their skills to the test in-between kick-offs in a number of exciting games, including table tennis and foosball.

The event, which took place simultaneously across all the different regions, was established by the leading sports betting company in Ghana, Betway, with the aim of bringing different communities together during the festive season.