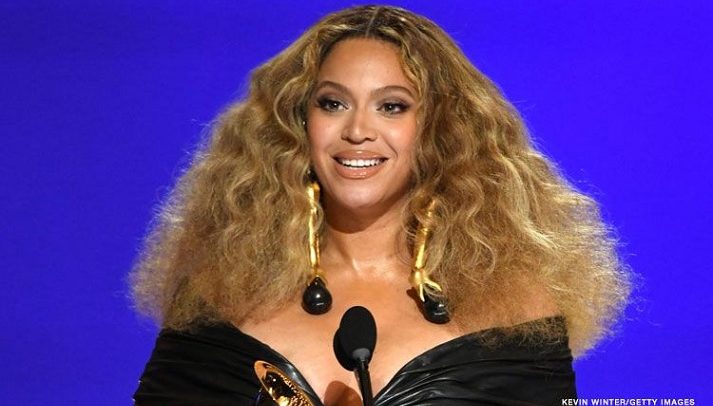 Federal Reserve Chairman Jerome Powell wants to increase joblessness in the US in order to save the economy. But Beyoncé may beat him to it.

The multi-hyphenate artist’s latest single, “Break My Soul,” which dropped late Monday, begs listeners to “release” themselves from their 9-5, saying “I just quit my job, I’m gonna find new drive, damn, they work me so damn hard.”

Immediately dubbed an “anthem for the Great Resignation” on social media, fans didn’t skip a beat, posting memes and all-cap tweets aligning themselves with Queen Bey’s motivational message to ditch hustle culture and get back to “sleeping real good at night.”

“Me sending my resignation email because Beyoncé told me to,” was a common themeonline.

“BREAKING: Beyoncé’s ‘Break My Soul’ identified as source of The Great Resignation,” tweeted one person.

“Still can’t get over how Beyoncé is about to catalyze a mass resignation bc we surviving off vibes now,” tweeted another fan.

The song, Beyoncé’s first single since Juneteenth last year, blends 1990s club culture with 2022 Pride vibes. It’s an inescapable summer psalm, with heavy sampling from the early-90s hit “Show Me Love” by Robin S and vocals from Big Freedia, a rapper best known for her New Orleans “bounce music,” aka bass-heavy booty-shaking. “Release your anger/Release your mind/Release your job/Release the tide/Release your trade/Release the stress/Release your love/Forget the rest,” sings Big Freedia, lyrics that embrace both the socio-economic pandemic fatigue and the desire to break free of it.

In the past 12 months, a record number of Americans have ‘released’ themselves from their jobs for a variety of reasons: pandemic burnout, a desire for better pay or better benefits, or the need to care for children or elderly relatives during the pandemic.

Dubbed the “Great Resignation,” the offset between job vacancies and job seekers means there are now almost two job openings for every unemployed worker, a situation that Fed Chair Powell has called “unhealthy.”

Last week, the central bank hiked its benchmark interest rate by three-quarters of a percentagepoint in an aggressive bid to tamp down spiraling inflation and cool the economy — but the move could also shake up the labor market.

Amid this backdrop, “Break My Soul” resonated immediately with fans — and economists.

“Truly JOLTS’s time in the spotlight,” tweeted labor economist Nick Bunker, referring to the monthly report that tabulates the number of people who quit their job.

But if Beyoncé goes where Powell has not, “Break My Soul” also presents fans with somewhat of a predicament: “Now if I quit my job, how I’ma pay for the tour?” one fan tweeted.