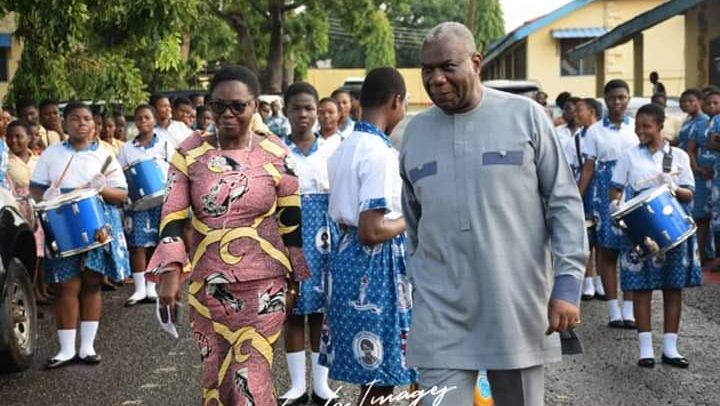 The ceremony took place at the forecourt of the School’s premises.

This is to ease the burden of fueling the brand new car for administrative duties.

The Former Energy Minister also promised the school Choir of his greatest commitment to get them professional training from the Winneba Youth Choir who were present at the occasion.

Boakye Agyarko was redeeming a pledge made on the School’s Speech and Prize Giving day and 92nd Anniversary Celebration observed on 9th March, 2019.

The Regional Education Director, Monica Ankrah – who received the Car on behalf of the School’s authorities – expressed her heart felt appreciation to Mr. Boakye Agyarko and the entire Agyarko family for continuously supporting the Girls school of the Krobo Land.

Mrs. Betty Aduhene-Chinbuah, Headmistress of the school used the opportunity to thank Mr. Boakye Agyarko for the donation of bags of Sugar and Mathematics Books to the school.