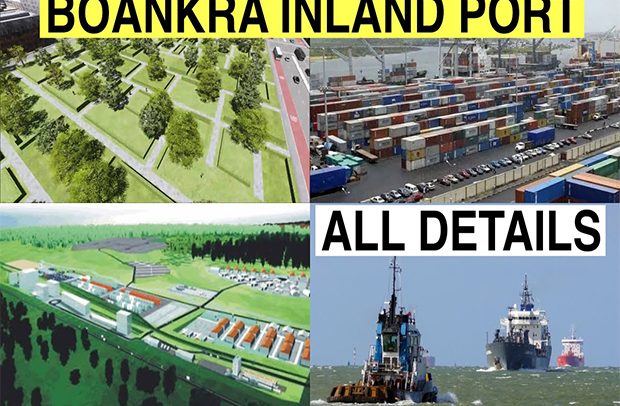 AFTER YEARS of delay, there are strong indications that construction works on the famous Boankra Integrated Logistics Terminal Project (BILT), will finally start anytime soon.

The DAILY GUIDE has sighted a leaked letter in which Justmoh Construction, the contractors for the project, have been asked to mobilise to site and commence works, latest by August 8, 2022.

Authored on July 15, 2022, part of the short but important letter reads, “We refer to our discussions in respect of commencement of works for the above-mentioned project.

“In order to forestall any further delays with the project, you are by this letter kindly requested to mobilise to site to commence works, latest by Monday, August 8, 2022.”

The letter also stated that, “All the necessary contractual arrangements will be further discussed and signed. We count on your cooperation in the above regard.”

It was addressed to the Chief Executive Officer (CEO) of Justmoh Constructions.

It would be recalled that the Boankra Integrated Logistics Terminal Project has remained on the drawing board for several months after a colourful sod-cutting ceremony.

President Nana Akufo-Addo was joined by the Asantehene, Otumfuo Osei Tutu II, to cut the sod for the project to takeoff, but no action has taken place at the site since then.

Meanwhile, there are mixed reactions in Kumasi and other parts of the Ashanti Region following reports that a directive has been given for the project to start on Monday, August 8, 2022.