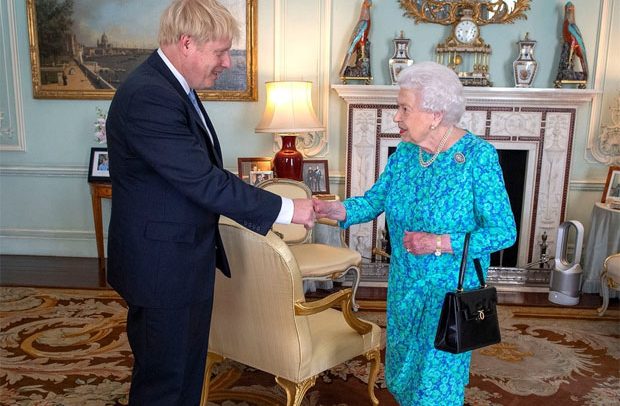 Boris Johnson, the Tories man, is the new British Prime Minister. Queen Elizabeth in line with the tradition of the English yesterday gave him the nod to form a government following the resignation of Brexit embattled Theresa May.

He has already served notice about how he intends to steer the Brexit agenda in his usual humour-driven remarks.

Even before his eventual takeover yesterday, the international news networks were awash with stories and analyses by experts about what would become of Britain in the face of the most trying subject for our former colonizers.

The journey to yesterday was arduous with Britain almost reduced to a laughing stock in the European Union the exit from which after a referendum cost Theresa May her truncated leadership as the country vacillated over the subject.

One of his goals is defeating Jeremy Corbyn; something which continues to resonate in his remarks but as to how he is going to achieve it is the conjecture of political analysts and experts of British affairs.

Iran’s relationship with the United States the former’s nuclear programme being at the centre of the impasse has drawn British into the axis. Britain under Theresa sought to de-escalate the tension in the Gulf of Hormuz which Iran regards as its own and is policing.

Boris’ link with Trump could reverse the de-escalation of tension agenda of Britain and lead to possible maritime firefights especially if Iran seeks to assert its authority on the international waterway of Hormuz.

Donald Trump excited about the changing of the guard in Britain has already congratulated Mr Johnson, saying he is ready to work with him.

DAILY GUIDE monitored him on BBC soon after he took the reins saying outside Downing Street that UK would leave the EU on 31 October “no ifs, no buts”, adding: “The buck stops with me.”

British has a large Ghanaian population some of them holding the citizenship of the former colonizer. There are also Brits with Ghanaian parentage some of them in active British politics.

There is also a Ghanaian in the Queens own Household Guards. It is unsurprising that Ghanaians follow keenly political developments in the country whose lingua franca is our official medium of expression.