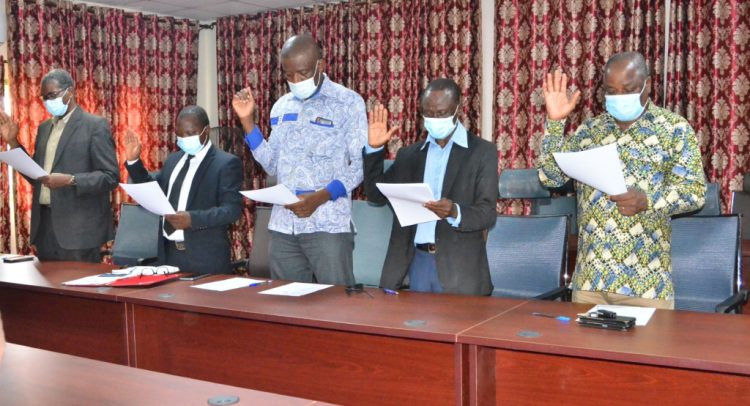 The C.K. Tedam University of Technology and Applied Sciences, (CKT-UTAS) formerly the Navrongo campus of the University for Development Studies (UDS) is set to open a medical school.

The school will consist of Nursing and Midwifery as well as Medicine and Dentistry.

Speaking to the media the University, Vice-Chancellor, Prof. Eric Magnus Wilmot said the move forms part of plans to move the C.K. Tedam University for Technology and Applied Sciences to another level.

“We are taking it step by step so for this first year, we will move to get the School of Nursing and Midwifery and the School of Medicine and Dentistry in place,” he said.

He said there are plans to also set up a Center for Irrigation and Aqua-Culture are at an advanced stage with the view to expand it into a School of Agriculture shortly.

“We will start the Center for Irrigation and Aqua-Culture to eventually blow out into a School of Agric”, he said.

“We plan that we could be doing Aeronautic Engineering and at our peak, be assembling small engine planes in Navrongo here”, he said.

The Vice-Chancellor for CKT – UTAS also talked about plans to expand the campus of the University, indicating that sites have been identified and will be earmarked for academic as well as hostel facilities.

The University’s Audit Committee following its inauguration will have oversight responsibility for the institution’s financial reporting processes.

Chairman of the committee, Solomon Kanbe indicated they are mandated to offer advice and recommendations to the university management on governance processes, internal control processes, legal and compliance requirements among others.

“We are also mandated to ensure that the internal audit unit of this university functions effectively and are committed to doing that”, Kanbe said.

The Navrongo Campus of the University for Development Studies, [UDS] was renamed the C.K Tedam University of Technology and Applied Sciences [CKT- UTAS], following a decision by the president in consultation with stakeholders, to name the university after Clement Kubindiwor Tedam, who was a co-founder of the Northern District People’s Party.

President Nana Akufo-Addo on June 22, 2019, the day C.K. Tedam was buried, announced that; “the UDS Navrongo campus would be given autonomous status and named C.K. Tedam University for Technology and Applied Sciences”.

The C. K. Tedam University for Technology and Applied Sciences aims to become the citadel of Science and Technology education in Northern Ghana.