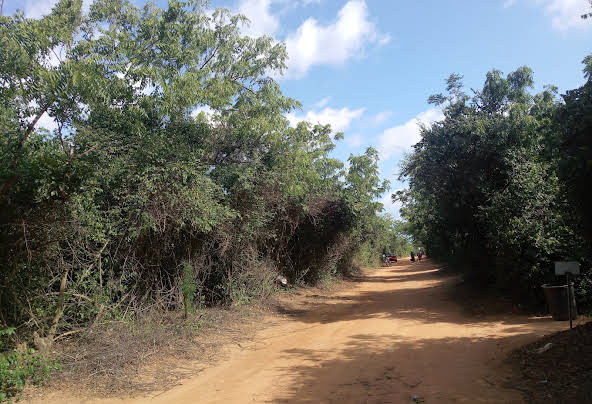 Like a bad dream, the country was momentarily jolted by a concoction brewed in a political pot last Tuesday.

It was a fictitious story about the 92-year-old reserved Achimota Forest being sold out to as they mischievously put it to “family and friends.”

The story reminded some of us about the sale of the Trade Fair lands to cronies of the NDC government at the time even as the La people and their traditional authorities cried foul.

For every story the NDC releases onto the political terra firma, there is always a precedence of that in their dark archive of bad governance and cronyism.

How could the restoration of a limited portion of land to the original owners, the Owoo family, already out of the reach of the state for many years even before the NPP assumed the leadership of the country be so muddied?

Even as the Owoo family seemingly rejoiced over their fate, mischief makers were active on social media doing what they have mastered in doing – dirty politics.

We have to learn to live with social media under the circumstances because Ghana will always be populated by both good and evil-minded persons, the latter always active with concoctions to achieve their negative ends.

We observed the excitement among NDC supporters who fueled the mendacious story until the reaction of the Lands and Natural Resources Minister doused it making them actually look imbecile. Even then, they sought to create the impression that it was their cacophonous noise which stemmed the planned action.

It is unimaginable that President Akufo-Addo would wake up one morning and decide that the 92-year-old Achimota Forest acquired by the colonial authorities from a family for good cause, with a release that the vast natural resource is up for sale, the ecological reasons for the reservation, notwithstanding.

For a President who is committed, and sincerely so, to the preservation of nature and scheduled to lead a national campaign of planting twenty million tree seedlings, destroying a forest reserve as they put it out, could have been paradoxical.

For those who could read between the lines the role of political mischief could easily be isolated.

Whoever mixed the toxic stuff should bow their heads in shame for the poor job which held sway for only a few hours. These are people who would not rest on their oars as they continue to search for whatever in their estimation can impact negatively upon the fortunes of this country.

Now that government has debunked the mendacious stuff, they can only hide their tails behinds their hind legs like mongrels and flee in defeat. Shame unto them!