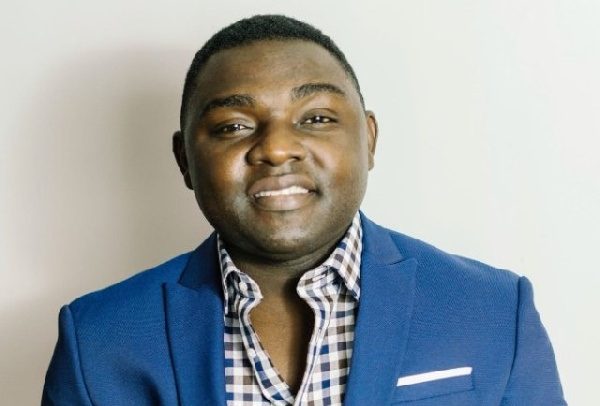 An Accra High Court has awarded damages of GH¢1 million against controversial social media commentator, Kevin Taylor, for defamatory statements he made against Founder of the Danquah Institute, Gabby Asare Otchere-Darko.

Kevin Taylor had falsely accused Mr. Otchere-Darko, a private legal practitioner of being a beneficiary of the Power Distribution Service (PDS) which took over the management of Electricity Company of Ghana (ECG) transaction which was incidentally abrogated by President Nana Akufo-Addo.

Taylor also falsely accused Mr. Otchere-Darko, of owning a property in the plushest part of London, Mayfair, with insinuations that the lawyer bought the property with proceeds from PDS or a similar transaction of a questionable nature which he denies.

The vociferous social media commentator had also accused the plaintiff of using money from PDS to get drunk on hard liquor although Otchere-Darko insists he is a teetotaler, and has not touched alcohol for over 30 years.

Mr. Otchere-Darko in October 2019, sued Taylor for defamation and due to the fact that he resides in the United Stated, the court presided over Justice Jennifer Abena Dadzie granted an application by lawyers for Mr. Otchere-Darko to issue a writ of summons and serve notice on Kevin Taylor out of the jurisdiction.

The courier service tried all it could and even called Kevin Taylor on his own indicated telephone number but he denied being the person on the other end of the line.

It became abundantly clear to Gabby and his lawyer, Kissi Agyebeng, that Kevin Taylor was intentionally evading service.

The evasive antics of Kevin Taylor compelled the lawyer to pray the court to vary its earlier order for the notice of the writ against Kevin Taylor to be served out of the jurisdiction.

The court on March 16, 2020 ordered that, in the alternative, the notice of the writ be posted on the Facebook wall of Kevin Taylor and also same forwarded to the WhatsApp number of Kevin Taylor.

Kevin Taylor, even upon service of the court processes on him, neither entered appearance nor led a statement of defence to substantiate the allegations he made against Gabby Otchere-Darko.

Kevin Taylor then resorted to making disparaging comments on Facebook against an associate of Kissi Agyebeng who was lawyer for Mr. Otchere-Darko who effected the service of the processes on him.

This conduct of Kevin Taylor clearly showed to the Court that he was fully aware of the court processes and proceedings but deliberately failed to show up in short.

On October 12, 2020, Gabby Otchere-Darko mounted the witness box and gave his evidence.

He then called Samuel Atta-Mensah, the former Vice President of the Ghana Independent Broadcasters Association, as a witness.

The court presided over by Justice Jennifer Dadzie in its judgement found that Kevin Taylor had, without any basis, whatsoever, made very serious defamatory comments against Mr. Otchere-Darko.

Although lawyers for the plaintiff did not specify an amount of damages in the writ, the awarded damages of GH¢1 million in favour of the plaintiff, due to the seriousness of the defamatory matter published by Kevin Taylor.

3 Arrested for Robbing Passengers At Wulugu