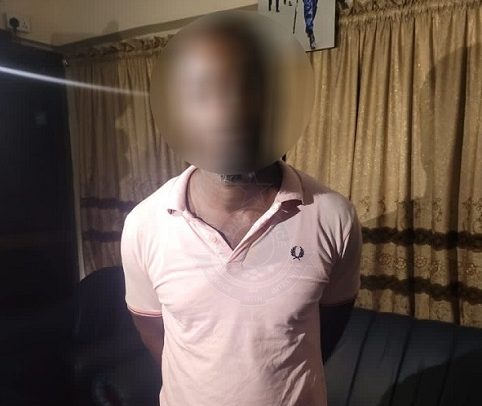 Evans Kyekyeku Oppong, the man who allegedly planned to sacrifice his own daughter for money rituals, has been denied bail by the Domestic Violence and Victim Support Centre Court in Accra.

The accused is before the court charged with a provisional charge of preparation to commit murder.

He was arrested on June 3, 2022, after he allegedly took his 11-year-old daughter to a herbalist at Oyibi Kom in Accra for her to be killed in a bid to become rich.

The court, presided over by Magistrate Ama Adomako Kwakye, declined an application for bail by counsel for the accused person and extended his remand for him to reappear on July 4.

Counsel for the accused, Ralph Agyepong, pleaded with the court to grant him bail pending the committal after Chief Inspector Amoah Richard prayed the court to adjourn the case to allow them conduct further investigations into the matter.

He, therefore, prayed for an adjournment to allow them investigate the case and forward a duplicate docket to the Office of the Attorney General for advice.

The defence lawyer then prayed the court to grant the accused person bail, arguing that it appears the facts do not support the charge levelled against his client.

Mr. Agyepong said the question is whether or not if an individual decides to see a Juju man, that individual will be the one to opt or ask the Juju man what he prefers to bring.

Magistrate Ama Adomako Kwakye, in her ruling held that the case has not been unduly delayed and that the court does not see that the facts do not support the charge.

She said the court does not have jurisdiction to grant the accused bail and, therefore, urged them to apply for bail at the High Court.

There was drama at the forecourt of the court after the proceedings, as the accused who was handcuffed nearly pounced on a journalist who attempted to take a photograph of him.

Mbappe Hits Back At Football Prez