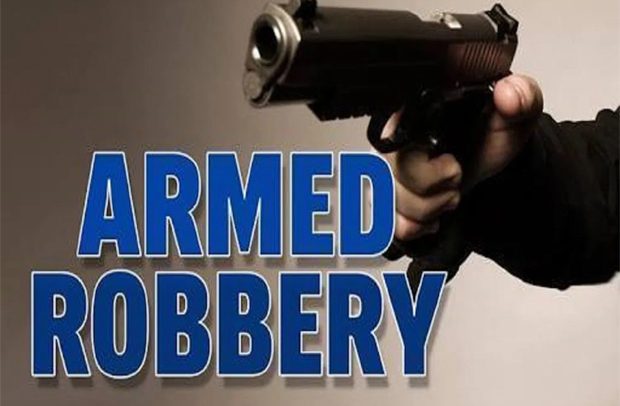 Four suspected armed robbers have attacked a bullion van and made away with an unspecified amount of money in a broad daylight robbery at Baatsona on the Spintex Road.

The incident occurred on Monday, March 1, 2021, at about 3:30pm, leaving residents and onlookers shell shocked by the Hollywood style robbery.

The robbers were using a black Toyota Camry with registration GX 6337-14 as well as an unidentified motorbike when they intercepted the bullion van amidst indiscriminate firing of gunshots.

The driver of the bullion van and one other passenger managed to escape, leaving the police officer escorting the van to the mercy of the robbers who took away his service rifle and mercilessly beat him up.

“An unspecified amount of money was robbed in the robbery attack,” the police disclosed.

The police said upon their arrival at the scene, the robbers had already left but they saw three AK 47 spent shells as well as the robbed van suspected to belong to CAL Bank Ghana.

The Accra  Regional Police Public Relations Officer, DSP Efia Tenge, who briefed DAILY GUIDE, said no arrest have been made so far.

She said police patrol team from Baatsona Division had information from the police control room that there was a robbery incident at Dampong Hospital and Pharmacy on the Spintex Road and moved in to assist.

She said on arrival, the team saw a Toyota Mobile Banking Van parked by the side of the road.

“The robbers had already finished their operation and gone but inspection of the vehicle showed that its padlocks and hinges on the bucket were broken and the glass was riddled with bullets suspected to be AK 47 bullets,” DSP Tenge stated.

She said the bucket of the vehicle was empty with white wrappers scattered all over.

DSP Tenge continued that their preliminary investigations revealed that at about 3:30pm, the money van which was being used to collect daily sales from traders in markets and shops was seen ahead of the black Toyota Camry and an unidentified motorbike.

“Our information indicated that when they got to a nearby school, the black Toyota Camry and the motorbike crossed the mobile money van, compelling the van to stop abruptly,” DSP Tenge pointed out.

She maintained that amidst gunshots, the robbers used a hammer to break the hinges and the padlocks of the van and transferred all the monies into a black Toyota Camry and bolted.

She added that the police was yet to be briefed on the total amount of money robbed.

Meanwhile, further information gathered had it that the bullion van was seen coming from Danpong Hospital direction ahead of a black Toyota Camry towards the main Addogonno road linking Baatsona and Nungua.

The source said just opposite the Harvest Academy, the black Camry overtook the bullion van and abruptly stopped, and in the process, one of the occupants quickly came down and gave a warning shot into the air and the driver of the bullion van and one other passenger got down and escaped through the school leaving only the police officer in the car.

The source said the policeman was ordered out of the bullion van by the robbers and was assaulted with a mallet before he was again ordered to lie down on the road.

“They disarmed him and took away his service rifle after which they used the mallet to damage both the padlock and the second lock on the bullion and packed the money and escaped with it in the waiting black Camry,” the source disclosed.

The source said the driver of the bullion van, a staff of CAL Bank, Baatsona Branch, identified as  Ebo Amissah, appeared later at the scene with other officials from the bank.

The source said besides the cash that was stolen, one Samsung tablet and two CAL Bank cheques from Paa Nii Agency with face values of GH¢17,000 and GH¢50,000 each were also taken by the robbers.

The Sprouting Of Naysayers Against Covid-19 Vaccines