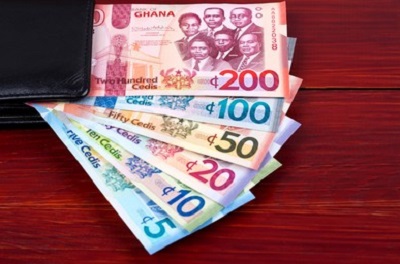 THE LOCAL currency sank to as low as 6.253 the previous week, from 6.189 at the preceding week’s close, as Ghana’s dollar-denominated bonds dropped further into distressed territory.

According to AZA Finance, Africa’s largest non-bank currency broker by trading volume at over $1 billion annually, thirteen (13) of Ghana’s fourteen (14) dollar bonds were trading with spreads wider than 1,000bps as investors fretted about the country’s ability to re-finance its debt when the US Federal Reserve starts raising benchmark rates.

It continued that inflation had continued to weigh, with fuel prices 3% higher than what pertained at the start of the year.

“The currency was last at 6.14 levels, recovering on the back of higher gold and oil prices and sustained Bank of Ghana interventions.

“We expect the currency to range between 6.20 and 6.25 in the near term,” it noted in its latest update.

In the same period of 2020, the Ghana Cedi recorded depreciations of 3.1 percent, 3.3 percent, and 8.3 percent against the US Dollar, the Pound Sterling, and the Euro, respectively.

The Monetary Policy Committee, in its report said “The country’s sovereign bond spreads widened markedly over the period as investor sentiments shifted based on fiscal and debt sustainability concerns, prompting some sell-offs by investors with spillovers on the domestic foreign exchange market. This triggered some currency pressures in the past two months as demand for the U.S. dollar increased. However, the adequate reserve levels provided some buffers and supported a much slower depreciation pace compared with pre-pandemic levels. In the outlook, the Committee is of the view that the strong reserve buffer level should provide some assurance to the market and help abate investor concerns, as the country’s external payment position remains strong.”