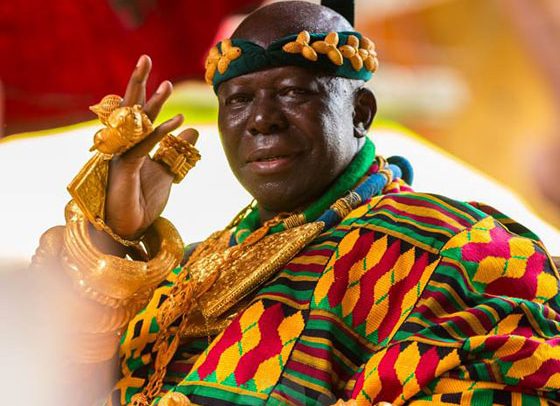 The Asantehene, Otumfuo Osei Tutu II, has passionately appealed to political leaders in the country to eschew negative acts that have the tendency to disrupt the peace and development of the country.

He stressed the need for politicians to champion issues that would develop Ghana for the benefit of all citizens.

“Our political leaders should make sure that politics would not create enmity and cause division among us as a people. Let peace reign supreme,” the Asantehene stated at the Manhyia Palace on Sunday amid applause during the durbar of chiefs and people of Asanteman to climax the 20th Anniversary of his ascension to the Golden Stool.

“I will appeal to the President, former presidents and political party leaders to work towards deepening the peace and unity of this country to boost proper development to enhance the lives of the citizenry,” he emphasized.

According to the Asantehene, the politics of insults and name-calling have not helped the country in anyway.

This, according to him, has stalled growth and development.

He said Ghanaians are one people with a common destiny and so politicians should not allow their quest for political power to divide the people.

Using Asantes and people of the Anlo State in the Volta Region as a reference point, the Otumfuo said the cordial relations between people have suffered in modern times due to partisan politics.

Retracing history, he said the friendship between the Asantes and Anlos dates back to 1824.

The Asantehene said in 1865 the two states signed a pact not to fight each another.

Sadly, Otumfuo said some politicians had tried to use their hankering for political power to create unnecessary disaffection among the two tribes, but insisted that the people should ignore such divisive politicians.

“The visit to the Manhyia Palace by the Overlord of the Anlo State, Togbe Sri, shows a resurrected Ghana that is at peace with itself. “We can only develop when we unite as one people,” he stressed.

Otumfuo admonished traditional leaders to use their revered positions to help expedite development and transformation for their areas, saying “chiefs should inspire and encourage development in their traditional jurisdictions.”

He said he specifically instituted the Otumfuo Education Fund to develop the human resource base of the country.

The Otumfuo said his ascension to the throne has brought many good things to Asanteman and the country at large, citing the re-development of Kumasi Central Market Kejetia project, Kumasi Mall and now the rejuvenated Anglogold Mines in Obuasi, among others, as some of the key projects initiated under his tenure.

Otumfuo expressed gratitude to the about 67 paramount chiefs, scores of divisional chiefs and other chiefs that serve the Golden Stool for their unflinching support and pledged to continue to rely on the active support of the chiefs and Ghanaians to create “a new chapter of hope and accomplishments.”

He said despite some level of accomplishments, he would continue to provide the needed counsel and support to any administration so that Ghana would overcome challenges such as poverty, ignorance and diseases.

He also said it’s inappropriate for the citizenry to sit aloof and wait for the government to always champion the development of the state. He, therefore, called for collective efforts to transform Ghana.

Otumfuo’s 20th Anniversary was under the theme: “Deepening Our Cultural Heritage through Socio-Economic Development.”

Some selected people shook hands with Otumfuo, who sat in state and adorned in rich Kente cloth with gold ornaments.

The Vice-President of Suriname, Ashwin Adhin, was the special guest of honour.

President Akufo-Addo and his wife, Rebecca and Vice-President Dr. Bawumia and his Samira were in attendance.

Speaker of Parliament, Prof. Aaron Oquaye, Chief Justice, Sophia Akuffo, the IGP David Asante-Apeatu, service commanders, Ministers of State, Members of Parliament, the clergy and people from all walks of life were there.

Also present were the Asantehemaa, Nana Ama Konadu III and Lady Julia Osei Tutu, the wife of the Asantehene.

Asantehene Is An Asset For Ghana? - Nana

?‘A Light In The Dark’ Gesture