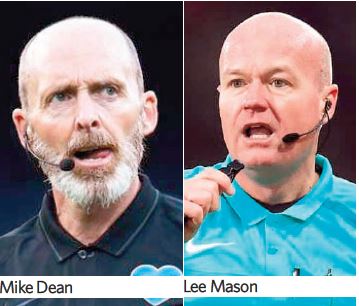 Southampton are planning to request that Lee Mason and Mike Dean do not referee their games in the near future.

The south coast club have been angered by decisions made by the officials in games overseen by the two referees in their defeats against Aston Villa and Manchester United.

Southampton lost 1-0 to Villa on Saturday and were denied a penalty for what appeared a clear handball against Matty Cash and then saw a Danny Ings goal controversially ruled out for offside.

Southampton on Tuesday suffered a 0-9 mauling to Manchester United.

‘Demonstrate Excellence In Your Work’