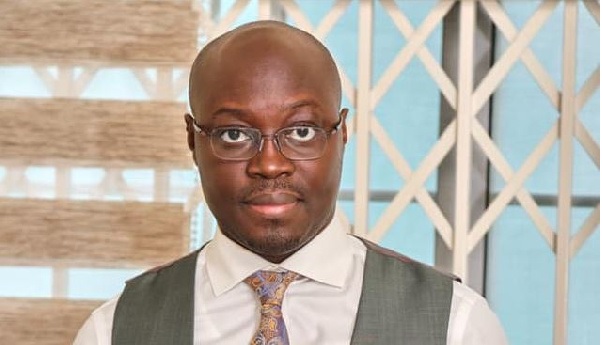 The trial of former Deputy Minister of Finance under the John Dramani Mahama administration, Dr. Cassiel Ato Forson, and two others who have been charged for allegedly willfully causing financial loss of €2.37 million to the state in the purchase of some 200 ambulances, has been rescheduled for today.

The case was originally set for yesterday but had to be adjourned due to the absence of Sylvester Anemana, a former Chief Director of the Ministry of Health who sent a letter to the court that he had a medical appointment.

Dr. Forson, who is the NDC MP for Ajumako-Enyan-Esiam in the Central Region and the opposition’s Ranking Member for Finance, has been charged alongside Sylvester Anemana, as well as businessman Richard Jakpa with five counts of willfully causing financial loss to the state, abetment to willfully cause financial loss to the state, contravention of the Public Procurement Act and intentionally misapplying public property.

The offences relate to the purchase of what court documents describe as defective and not fit-for-purpose Mercedes Benz vehicles which were not originally manufactured to function as ambulances and hence could not be converted for such a purpose.

When the case was called, it was only Dr. Forson and Mr. Jakpa who were present and the court presided over by Justice Afia Serwaa Asare-Botwe indicated that the court had been sent a letter by Mr. Anemana indicating that he had a medical appointment which he attends on Mondays, Wednesdays and Thursdays.

She also told the prosecution to use the opportunity to determine the timelines for the disclosure of documents to pave way for case management conference.

Justice Asare-Botwe subsequently adjourned the case to today due to the absence of Mr. Anemana, whose presence in court is required for a criminal trial.

Per the brief facts attached to the charges that have been filed in court, late President Prof. Evans Atta Mills, while delivering the State of the Nation’s Address in 2009, indicated that new ambulances would be purchased to expand the services of the National Ambulance Service to cover districts in the country.

It said on December 22, 2011, Cabinet endorsed an Executive Approval that had been granted for a joint memorandum submitted by the Minister for Health and the Deputy Minister of Finance and Economic Planning for the purchase of 200 ambulances out of a medium term loan facility of €15.8 million to be paid out of a credit arrangement between Stanbic Bank Ghana Limited and Government of Ghana through the Ministry of Finance.

“By a joint memorandum dated April 30, 2012, then Minister of Finance, Dr. Kwabena Duffuor, and then Minister of Health, Alban S.K. Bagbin, applied for Parliamentary approval for the supply of 200 ambulances at a price of €15,800,000 to be paid out of a credit arrangement between Stanbic Bank and the Government of Ghana through the Ministry of Finance. This memorandum to Parliament did not make reference to any role to be played by either Big Sea General Trading Limited (Big Sea), Dubai, or the agents for Big Sea, Jakpa At Business Limited in the transaction,” according to the prosecution.

According to the prosecution, Parliament on November 1, 2012, granted approval for the financing agreement between the government and Stanbic Bank Ghana Limited for the procurement of the 200 ambulances.

It said on November 19, 2012, Mr. Anemana, who was the Chief Director at the Ministry of Health, wrote to the Public Procurement Authority (PPA) seeking approval to engage Big Sea to supply the 200 ambulances through single-sourcing.

It said the letter to the PPA falsely indicated that the reason for the single-sourcing was because Big Sea had arranged for funding for the project.

According to the prosecution, by an agreement dated December 19, 2012, the Ministry of Health formally contracted Big Sea General Trading based in Dubai, for the supply of 200 Mercedes Benz ambulances. The contract sum was €15.8 million at a unit price of €79,000.

It said per the terms of the agreement, advance payment was prohibited and the payment for the purchase price was to be done by raising an irrevocable and transferable Letter of Credit from government’s bankers for the supplier of the ambulances.

The facts disclosed that on August 7, 2014, Ato Forson wrote to the Bank of Ghana urgently requesting to establish the Letters of Credit for the supply of 50 ambulances amounting to €950,000, representing 25 per cent of the contract sum while arrangement were being made to perfect and sign the loan agreement in favour of Big Sea.

On August 12, 2014, Ato Forson then wrote to the Controller and Accountant-General authorising the release of GH¢806,688.75 to the Minister for Health to enable him pay the bank charges covering the establishment of Letters of Credit (LCs) for the supply of 50 Mercedes Benz ambulances and related services.

“He further directed that the LCs should be charged to the budget of the Ministry of Health contrary to the Parliamentary approval on the funding for the supply of the ambulances. The Controller and Accountant-General, on the authority of the letter dated August 7 and 12, 2014, written by the first accused (Dr. Forson), wrote to the Bank of Ghana on August 14, 2014, authorising it to establish an irrevocable transferable Letters of Credit in the sum of €3,950,000 in favour of Big Sea ,” the prosecution alleged.

The prosecution said a consignment of 10 ambulances which was shipped from Dubai on October 22, 2014, arrived on December 16, 2014, and a post-delivery inspection of the first batch of 10 ambulances revealed that some were without any medical equipment in them while other fundamental defects included defects on the body of the vehicles and the patient compartment of the ambulances. Such defects were brought to the attention of Big Sea by a letter dated February 11, 2015.