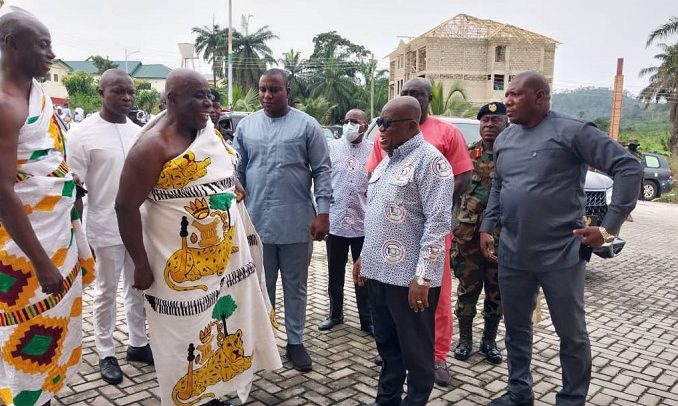 President Nana Addo Dankwa Akufo-Addo has assured Ghanaians that, his government is undertaking all measures necessary to revive the economy.

According to him, “Indeed it’s true that we’re facing hard times in our economy but my government is working round the clock to turn around the economic woes and boost public confidence in Ghana’s economy. Very soon you’ll all see the results of a stable economy”.

He said Ghanaians will soon witness results from engagements with relevant institutions and agencies as part of moves to address the current economic hardship.

President Akufo-Addo said this when he was addressing the congregants of the Presbyterian Church of Ghana Akyem Abuakwa Presbytery on the occasion of the Centenary Thanksgiving Service and Dedication of Centenary Complex in Kyebi, the Municipal capital of the Abuakwa South in the Eastern Region on Sunday.

President Akufo-Addo further indicated that he is not disturbed by utterances by his critics and is focused on measures being adopted by his government to change the economic fortunes of the country.

The President called on Ghanaians to pray, support, and continue keeping faith in him to deliver the country from the current economic turmoil.

The event was attended by the Okyenhene, Osagyefuo Amoatia Ofori Panin, who also urged Ghanaians to rally behind the government to succeed.