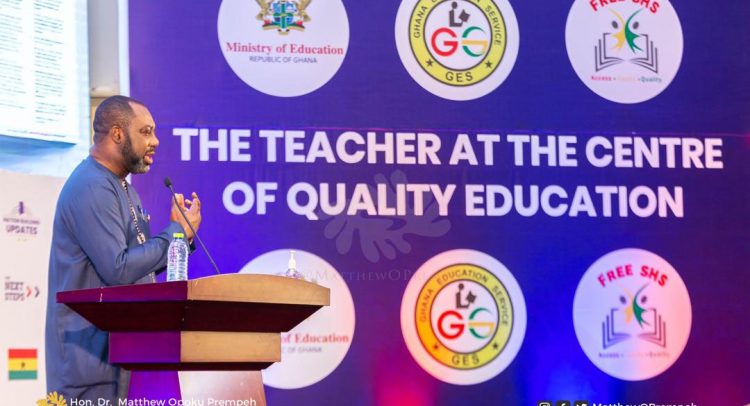 The Minister, Dr Matthew Opoku Prempeh, has taken on the NDC for spreading misinformation on teachers welfare benefits.

According to him, the NDC is doing everything to spread wrong information about the benefits of Ghanaian teachers under the NPP Government with the aim of winning sympathy votes.

“For those who don’t understand teaching and who want to get teacher-sympathy votes, are lying to people that they will come to restore teacher responsibility allowance which has never been taken,” he said.

He stated for instance that the NDC has accused the NPP government of canceling teachers responsibility allowance.

He also stated that the opposition NDC has accused the Akufo-Addo government of taking away teachers transfer grants.

But he stated that it cannot be true that the NPP has taken away teachers responsibility allowance.

Also, he said it is never true that teachers transfer grant. 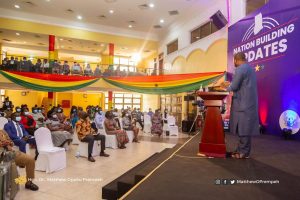 However, he said the transfer grant was not a total entitlement for teachers.

He stated that there were rules governing the benefits for teachers including the Transfer Grant.

The Eduction Minister is speaking at the 6th edition of the Information Ministry’s Nation Building Updates taking place at the Academy of Arts and Sciences in Accra.

The Updates is being held under the theme: “The Teacher at the Centre of Quality Education.”

According to him, there are only eight or nine categories of teachers who received responsibility allowance, including head of basic schools, chaplains and imams, head of departments, form masters and form mistresses, unit head, among others.

“If you were a form master and you have this responsibility allowance and you have gone for promotion, and you have become a district director, you are no longer entitled to that professional allowance. It’s basic HR. Because where you are going comes up with new allowances…”

“And since the last promotion was done in July, People’s statuses have been changed. So Ghana Education Service should rework out their allowances. So this doesn’t mean it has been canceled.”

He stated that there are over 350,000 people on the payroll and the total number of these people are less than 35,000.