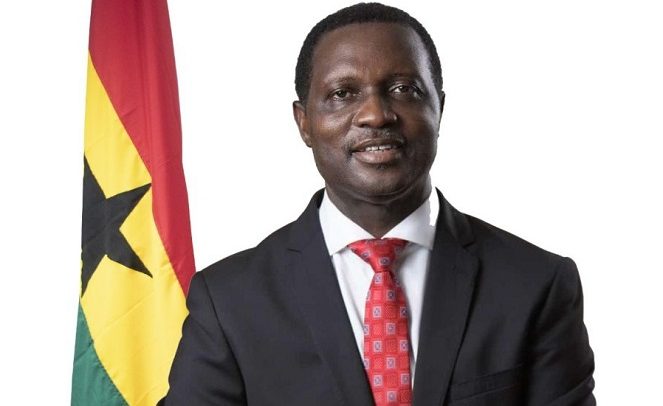 Dr. Osei-Adutwum during the workshop

One of the highlights of the reforms, which he said would benefit the country immensely, is the amalgamation of schools within communities.

This way, he went on, the JHS would benefit from the laboratories to be provided for the facilities.

When such amalgamated schools are managed by a common headmaster and assisted by an assistant headmaster, efficiency in the management of resources would be achieved, he said.

Amalgamated schools so created, he said, would benefit from the provision of vehicles, laboratories and other infrastructure.

One of the benefits of the reforms, he said, would ensure that products of the schools will build confidence in themselves.

Students should be encouraged through a system that would make them think and not to memorise, he said, adding that this is one of the highlights that the reforms seeks to achieve for the country.

It was an interactive session as journalists took turns to pose questions about the reforms.

Yaw Ayeboafo, Chairman of the National Media Commission, who was part of the workshop, charged journalists to report stories without putting themselves into what they write.

Journalists as both watchmen and activists must help their readers and listeners to understand issues, he said.

Mr. Ayeboafo took issues with the manner in which the 2022 budget was managed by the media. For him, reporting that the budget was rejected without making readers understand the intricacies such as what constitutes a quorum in such matters was not good enough.

A cross section of representatives from the various media establishments were in attendance as well as top officials of the Ministry of Education, including the Chief Director among others.