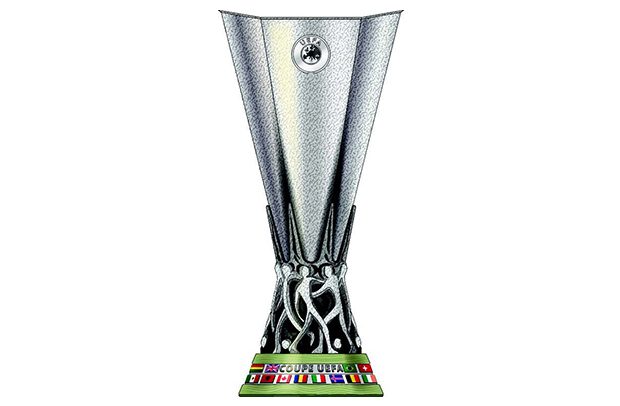 The trophy at stake

Any competition that sees the likes of Manchester United, Arsenal, Porto, Borussia Mönchengladbach and Lazio competing for the trophy is bound to grab the attention of fans worldwide.

It is, thus, not surprising that the start of this season’s edition of the UEFA Europa League group phase has been much anticipated, and on Thursday, the wait is finally over.

Arsenal begin their campaign in Group F with a tricky away encounter against Eintracht Frankfurt, who last season were only beaten in the semi-finals on penalties by Chelsea, who went on to win the competition.

Frankfurt’s preparations suffered a setback with a defeat against struggling Augsburg in the league on the weekend, but Coach AdiHütter promised a different game on Thursday.

“We need to learn from our mistakes, as we are now facing Arsenal. We did not do well against Augsburg, but Eintracht will play in the Europa League and then at home. We have to find the mix now,” he said.

Midfielder Dominik Kohr said the whole team is looking forward to the match against the Premier League side.

“That will be an absolute highlight,” he stated.

The other two teams in the group‒ Standard Liège and VitóriaGuimarães ‒ face each other in Belgium.

Manchester United, who won the competition in 2017, should have the better of Kazakhstan visitors (Astana) at home in their opening Group L game, while England’s third participant, Wolves, would have their work cut out for them if they want to escape Group K.

With Beşiktaş, Slovan Bratislava and Braga – whom they face at home in their opening match – in their group, Nuno Espírito Santo’s team would face an uphill battle to advance to the knock-out stages.

Wolves, who last played in Europe 39 years ago, have several Portuguese players on their books, and midfielder Adama Traore believes that gives them an advantage.

“The coach comes from Portuguese football and so do many of our players. They know the players and the league, and they have played teams like Braga many times before.

Many older fans see the Europa League as that what the Champions League used to represent, allowing the minnows of European football take on the giants of the sport.

One of the teams that made it through to the group phase is F91 Dudelange. Among their opponents in Group A are Sevilla, whose squad has a value of €283.20 million.

The Luxembourg part-timers of Dudelange are valued at €4.03 million, yet on the field of play they are all the same – and that is the real stuff that dreams are made of.

Football fans throughout Africa can be part and parcel of these dreams as the Europa League would be broadcast exclusively and live throughout the continent on the StarTimes football channels.