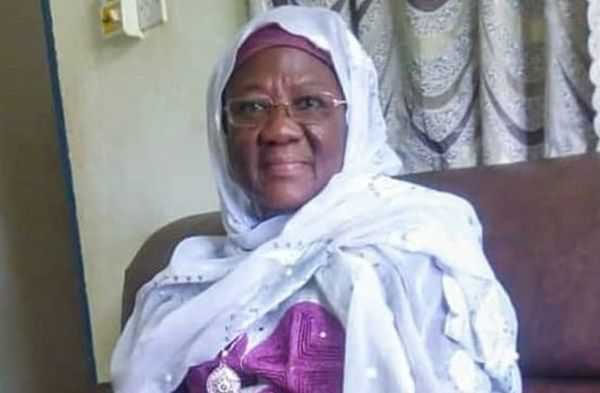 There is no gainsaying the fact that Ghanaians love Dr. Mahamudu Bawumia enormously. This manifested in the countless expressions of condolences when he lost his mother.

His Kanda residence from the day Hajia Mariama Bawumia passed on, turned into a Mecca for sympathizers who trooped to the place to express their condolences in their numbers.

Walewale, its distance from Accra and other parts of the country notwithstanding took its turn in hosting sympathizers as they joined the Vice President anf his family to see his beloved mother off to the hereafter.

We at the Daily Guide join the rest of Ghanaians to express our condolences to the Vice President and to pray to Almighty God to grant the departed outstanding woman paradise the ultimate wish of all Muslims.

The departed was an epitome of womanhood. Even in her days as a young girl she aspired for great heights on the educational ladder, ambition which saw her gain admission to the Wesley Girls High School in Cape Coast.

It can only be imagined the excitement in the family at the time that she bade adieu to her parents and proceeded on the long and uncertain journey to the Central Province of the Gold Coast to further her education.

In the end she excelled the discipline she imbibed playing a crucial role in the shaping of her children and others from the extended family structure.

It was unsurprising therefore, when the Vice President attributed his success to the contribution of the woman we are mourning today and his late father Alhaji Mumuni Bawumia one of the entries in the political history of this country. She was the woman behind the successful politician, Alhaji Mumuni Bawumia and later gave us a Vice President who continues to serve Ghana with humility and outstandingly.

When death lays its icy hands on a mortal, reflecting on their lives by the living should be central during the solemn moments.

There is a lot to learn from the life of the departed woman especially during these times when the young ones pick wrong persons for role models.

Those who think there is a dearth of role models say so because they have not searched much. There are many women, mothers whose lives present us with lessons which if we follow sincerely would make Ghana a better abode for us and generations yet unborn.

When Dr. Mahamudu Bawumia bows to pay compliments to elders even as a Vice President, a feature he continues to exude, he does so because it is part of his upbringing influenced by the great woman who was interred yesterday.

Transition is the way of all flesh and as the Holy Quran states, all the living shall taste of death but once.

What matters most is the charity we show during our lifetimes and the legacy we leave behind in the form of good deeds.

A woman who has brought up a personality such as Dr. Mahamudu Bawumia is worth celebrating at the end of her sojourn on Mother Earth. Fare thee well Hajia Mariama Bawumia.

Between Idiomatic And Idiotic Expressions