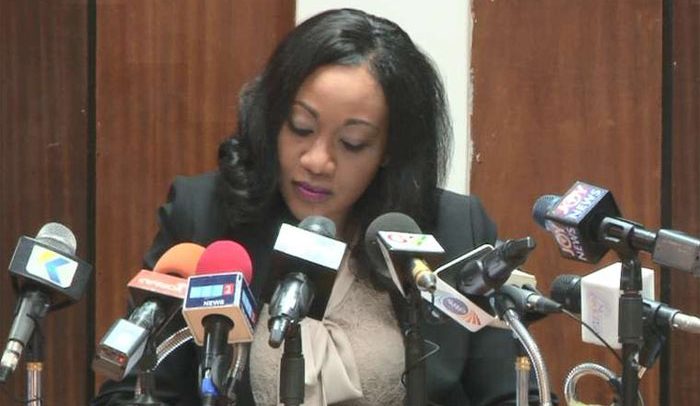 We hardly laud or even celebrate great feats by state institutions in the country.

We prefer trumpeting the negatives and often turning our attention away from the good deeds chalked by some institutions.

The feats chalked by the Electoral Commission (EC) and which the Chairperson of the Commission deservedly laid bare last Tuesday are worthy of plaudits.

Such plaudits encourage others who have fallen below expectation and there are many, to aspire to reach that performance notch.

Figures do not lie and being verifiable there is no gainsaying the fact that the commission under its current management has outdone its predecessors in terms of financial prudence and even efficiency even under pressure.

Some of the feats chalked by the commission even before the disclosures at the recent Inter-Party Advisory Committee (IPAC) by the Chairperson were too clear to be ignored.

It would be recalled that antagonists of the compilation of a new voters roll were unusually loud with their premises one of which was the limited time for the exercise. When the exercise was undertaken with resounding success however, the motive behind their concocted skepticism became comprehensible.

Those who vowed not to partake in the registration exercise because of ‘COVID-19’ it turned out rushed to patronize it. The exercise it turned out did not cause an uptick in COVID-19 caseloads.

Perhaps the most outstanding feat by the commission was its saving of an amount of a whopping $90m through of course a prudent management of its finances.

To think that the feat was chalked when imported logistics were taxed and in the face of appreciated costs of materials adds to the deserving accolades for the achievement.

The Commission gave meaning to the ‘Ghana Beyond Aid’ mantra when it relied solely on state-provided funds for the entirety of the polls a possibility worth exploring by other state agencies.

Seismic feats as the EC chalked should be celebrated and documented lest these are deliberated obliterated by preying political killjoys.

We find the proposals of the EC Chairperson, worthy of a national conversation considering the positive changes these would visit on future elections.

We for instance, stand shoulder to shoulder with commission about curtailing the election timing as in closing polls at 3pm as opposed to the current order of 5pm.  The last elections and previous ones show clearly that with sufficient logistical management polls can close at 3pm the security boost of which stands prominent.

The incidence of rejected ballots which it was thought would be largely minimized given the innovations brought to bear on the paper is something which as the EC Chairperson observed should be further worked upon.

A continuous registration of eligible Ghanaians, another proposal by the Chairperson is the trend now, elsewhere in the world, and when adopted, would eliminate the avoidable crap noticed when political parties in their quest to beat their opponents with numbers convey persons surreptitiously to registration centres.

The outcome of the assessment of the last polls which was the objective of the EC/IPAC meeting was wonderful highlighting as it did what prudent management of finances can bring about.

As for the proposals for reforms they would go a long way in bettering what was already a great election management unsurpassed in contemporary times.

Teacher In Suicide At Assin Fosu

‘I’m Not A Nigerian Artiste, I Don’t Make Money Here’