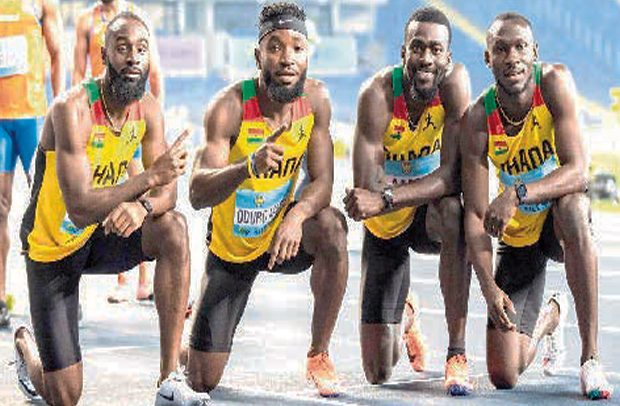 Some of the athletes

GHANA WILL certainly make a great impact in athletics, which starts today at the ongoing 2022 Commonwealth Games in Birmingham in the United Kingdom (UK).

This is because the country has been able to parade known fast sprinters, who on a good day, could cause huge surprises on the tracks.

The Ghana team consists of 14 crack athletes, who would be in competition in seven different sporting events, where they are hoping to hoist the Ghana flag high.

Checks made by DAILY GUIDE SPORTS, indicated that the Ghanaian athletes are in good spirits and they are hoping to make a mark by winning medals for the country.

According to reports, Azamati, who would be running in the 100m, 200m and 4x100m relay events, is in the form of his life so he would be too hot for his competitors to handle.

Likewise, the remaining 13 athletes, especially the females, such as Latifa and Mary Boakye, have decided to go all out and touch a medal for the country.