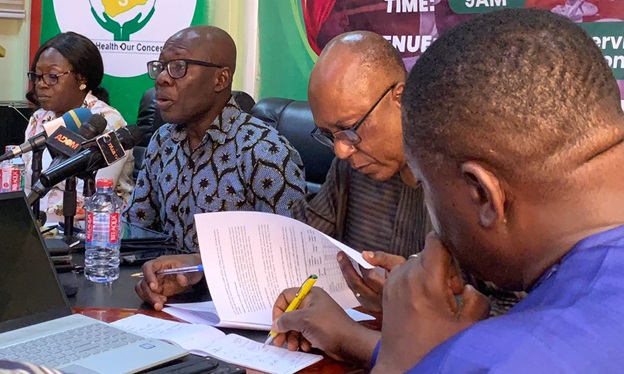 Trained teachers will administer antihelminthic medicines to the eligible pupils based on their height and weight to help rid them of helminth parasites such as schistosomes, round worms, and tape worms.

Deputy Director General of the GHS, Dr. Anthony Ofosu Adofo, explained that Ahafo Region was excluded from the exercise because its schools fell below the prevalence.

He noted that Praziquantel (600mg) and Albendazole (400mg), which were the medicines of choice, would be administered to each child.

“Dosage is by height using a measuring strip and medicines administered under strict supervision of Teacher and health worker. Let me stress at this point that all children should eat before taking medication,” he said.

Dr. Adofo indicated that preferably, medicines should be administered immediately after the first break or after children have been served with food by the School Feeding Programme to give the assurance that all children have eaten.

He, thus, urged parents, guardians and care givers to ensure their children ate before going to school.

Dr. Adofo said the school-based deworming exercise was one of the strategies for controlling and eliminating schistosomiasis and soil transmitted helminthiases.

He said high drug compliance was needed to assure a worm-free school-aged population and avoid absenteeism and lack of concentration in class resulting from the risk of suffering from schistosomiasis and soil transmitted helminthiases.

“The medicines are highly potent and its safety profile is very good as recommended by the World Health Organization (WHO) for large scale used,” he said.

He urged the media to support the exercise to be effective.

“To improve the effectiveness and quality of drug delivery to the target population, the media needs to play its role effectively by disseminating relevant information about the benefits of deworming to the general public,” he said.

Director in-charge of School Health Education Programme (SHEP) Theresa Oppong Mensah, expressed the support of the GES to the programme and urged all schools (both public and private), parents irrespective of social status, gender, religion to cooperate, collaborate and support the deworming exercise at the targeted districts and schools, to improve coverage and help to get rid Ghana of parasitic infections.