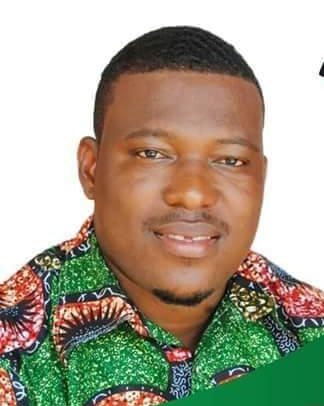 The Ghana Journalists Association (GJA) has boycotted the opposition National Democratic Congress (NDC) in the Nkwanta South Constituency of the Oti Region after an executive of the party assaulted a reporter in the line of duty.

The victim, Benjamin Owusu Kwame Obrempongba, a reporter with Adom FM and Adom TV of Multi Media Group, who was covering the just-ended primaries of the NDC in the Nkwanta South Constituency, received a hefty slap from the party’s Constituency Secretary, Prince Succeed Fiagadzi, last Saturday when the journalist tried to cover a commotion that had ensued between the supporters of the incumbent Member of Parliament (MP), Geoffery Kini, and his contender, Richard Manuribe.

The Volta regional branch of the GJA, in a statement issued on Tuesday and signed by the Secretary, Alberto Mario Noretti, condemned the “barbaric” act of the Nkwanta South Constituency secretary.

The statement urged all media practitioners in the region to stay away from the functions of the NDC in the constituency until the party apologises and replaces the damaged equipment of the reporter. It further promised to pursue the matter to its logical conclusion.

The GJA also commended the police for commencing investigations into the matter and hoped that the police would ensure the offender faced the law.

Meanwhile, members of the association and media practitioners in the Volta and Oti regions have asked the party to ensure the medical bills of the reporter are footed and compensation duly paid to Obrempongba.

According to the victim, after the incumbent MP had been declared winner with 885 votes as against Richard’s 192 votes, a misunderstanding ensued among the NDC supporters at Kyabobo Game Centre, where the primaries were held; the reporter had gone there to cover the commotion.

He claimed that when he got to the scene, an NDC supporter tried to attack him for taking pictures but the police intervened. As he moved away from the scene, the NDC secretary started issuing threats and in the process rushed on him and gave him a hefty slap.

He said as if that was not enough, the secretary snatched his phone and smashed it on the floor, shouting “I told you to stop the coverage and you are still doing it!”

Obrempongba had since reported the case to the police at Nkwanta and had also received some treatment from the St Joseph’s Hospital.

The investigator of the case, who gave his name as Godsway, confirmed the incident saying “it is true; a report has been made. I’ve invited the suspect and I’m taking his statement. I will get back to you when I finish.”

The reporter told DAILY GUIDE later that “since Saturday, I’ve been having severe pains in my right ear and neck. I’ve not been able to get out of the room.”