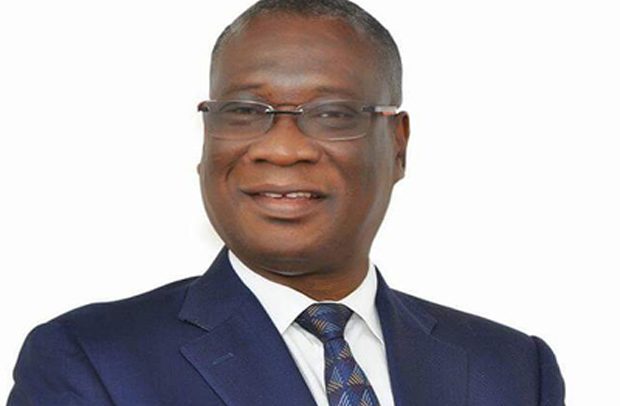 THE Editor of the Herald Newspaper, Larry-Allans Dogbey has filed a suit at the Industrial and Labour Division of a High Court in Accra, challenging the appointment of Dr. Kofi Koduah Sarpong as the Chief Executive Officer of the Ghana National Petroleum Corporation (GNPC).

In the suit sighted by DGN Online, which names the GNPC, the Attorney General, and Dr. Sarpong as the first, second, and third defendants respectively, Mr. Dogbey argues that the laws of the country had been breached in the latter’s appointment as GNPC CEO.

According to the journalist, Dr. Sarpong had attained the compulsory retirement age of 60 at the time of his appointment. He was 63 at the time, he claims.

The plaintiff further argues that Dr. Sarpong’s appointment as caretaker CEO of GNPC by President Akufo-Addo on January 19, 2017, was in contravention of Article 80 of the Constitution of Ghana and Section 10 (6) of the GNPC Act 1983 (PNDCL 64) because it was done by the President through the then Minister-designate for Energy, Boakye Agyarko, who had not yet taken office as Minister.

Mr. Dogbey in his suit, noted that the appointment of the 3rd Defendant as CEO was right from the outset, a nullity and the Attorney General shirked his duty, hence the appointment of Dr Sarpong as the Chief Executive Officer of GNPC at a time “that he was 63 years old and now 67 years old.”

Plaintiff will aver that by all intends and purposes, the appointment of 3rd defendant as CEO of 1st defendant’s Corporation at age 63 and his continuous stay in office at age 67 offends (P.N.D.C.L 64), especially section 27 of the aforementioned Act, Article 199(1) of 1992 Constitution and the Labour Law (Act 651),” the writ of summons stated.

Mr. Dogbey further noted that Dr. Sarpong would continue to stay in office if the court did not compel the appointing authorities to terminate his appointment.

He is, therefore, seeking an order declaring the appointment of Dr. Sarpong as the Chief Executive Officer on January 24, 2017, and his continuous stay in office as illegal and of no effect.

Larry Dogbey also wants an order nullifying the appointment of Dr. Sarpong as the Chief Executive Officer of GNPC.

Additionally, he wants perpetual injunctions restraining the GNPC and the Attorney General from renewing Dr. Sarpong’s contract of employment for another five-year term and an injunction restraining Dr. Sarpong from holding himself out as the CEO of GNPC.