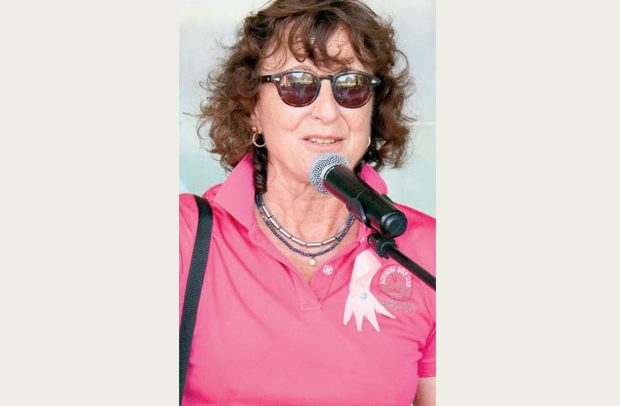 Golfers from far and near all kitted in pink thronged to the Achimota Golf Club (AGC) last Saturday to support this year’s Lady Golfers/ Korle-Bu Breast Unit Pink October Tournament.

The competition was initiated by the ladies’ section of AGC over a decade ago.

It was aimed at raising funds to support the Breast Unit of the Korle-Bu Teaching Hospital (KBTH) in providing breast health education, delivering access to vital early detection screenings and breast health services.

Lady Captain Christina Furler stated that this year’s edition, which was held under her second term as lady captain, was an improvement on last year’s tournament (78 players took part). She thanked the Pink Tournament Committee for a good job done.

Last year, Christina Furler and her team and the Ghana Ladies Golf Union declared their intention of supporting the Breast Unit at Korle-Bu by dedicating one golf tournament in the month of October every year to breast cancer awareness.

The Head of the Breast Surgical Unit of KBTH, Dr. Florence Dede, graced the occasion. She threw more light on the disease and misconceptions. She commended the golfers for their efforts.

She said breast cancer should no longer be a death sentence because there is sufficient evidence to show that when breast cancer is diagnosed early and treated effectively, the outcomes are very good.

Proceeds from the tournament will go to the Breast Surgical Unit of the KBTH before close of this year.

The tournament was won by Mary Prempeh in the ladies’ silver division with an impressive 40 stableford points. Floria Hurtubise was the first runner -up with 39 points while Jessica Tei finished third with 37 points.

Christopher Mbii finished first in the men’s category A with 40 points, with Joe Mukwala (39) and Elias Hage (38) following in that order.

In the men’s category B, Jiro Horie picked topmost prize, returning a score of 45. He also won the longest drive honours.

Brigette Harrington emerged as the ladies closest to the pin winner, with Benny Mimis picking the men’s version.

Many other prizes were presented and prizes for the lowest points were given as encouragement.

Infinix Unveils Note 8, 8i In Ghana