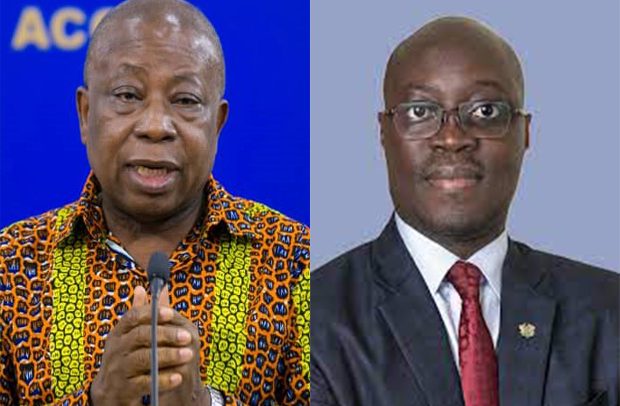 The Minister of Health, Kwaku Agyeman-Manu, yesterday told an Accra High Court that former Deputy Minister of Finance under the erstwhile John Dramani Mahama administration, Dr. Casiel Ato Forson, instructed the Bank of Ghana (BoG) to establish letters of credit in favour of the company that supplied defective ambulances to the country.

According to him, the instruction given by the former Deputy Finance Minister who is on trial together with two other persons, breached the terms of the agreement between the state and Big Sea, supplier of the ambulances which were later found to be ordinary vans not fit for the purpose for which they were purchased.

He said the instruction given by Dr. Forson through a letter in which he indicated that the Ministry of Finance was urgently requesting to establish Letters of Credit for the purchase of 50 ambulances, representing 25% of the contract and should be established in favour of Big Sea, was done without recourse to the Ministry of Health as well as the commercial agreement that was signed between Big Sea and the Ministry of Health.

“As I said earlier, there was no reference to the agreement between the Ministry of Health and Big Sea which said that there should be no advance payments and that the vehicles should be supplied before the payment, but this was not the case,” Mr. Agyeman-Manu told an Accra High Court hearing the case yesterday.

He also told the court that Dr. Forson about four days after the letter written to the BoG also wrote to the Controller and Accountant General’s Office requesting the release of GH₵806,688.75 to the Minister for Health to enable him pay the bank charges covering the letters of credit for the purchase of ambulance and related services.

Dr.  Forson, together with Sylvester Anemana, a former Chief Director at the Ministry of Health, as well as private businessman, Richard Jakpa, are standing trial for allegedly wilfully causing financial loss of €2.37 million to the state.

Mr. Agyeman-Manu, who is the prosecution’s third witness, led in his evidence-in-chief by the Attorney General, Godfred Yeboah Dame, yesterday tendered several correspondences between the Ministry of Health, the then Attorney General and Big Sea regarding the purchase of the ambulances as well as several calls on the supplier to rectify the defects detected in the supposed ambulances, which the company failed to undertake despite promising to do so.

He told the court that after the signing of the agreement, there was a delay on the part of government in executing it, and due to the delays, Big Sea sent a notice to the ministry indicating its intention to sue.

He said the then Deputy Attorney General, Dominic Ayine wrote two letters, one to the Health Minister at the time, and another to the Minister of Finance, advising that the contract was legally binding and therefore, needed to be executed.

Mr. Agyeman-Manu said the Minister of Health replied the Attorney General saying that the Ministry of Health was incapacitated to perform the contract.

“The basic reason was that the parliamentary approval for the financing agreement indicated that the source of funding of the transaction should be from Stanbic Bank, and as at the time, the ministry had not been informed of any credit agreement between Ministry of Finance and Stanbic Bank, so there was no funds available for execution of the agreement,” he said.

He said it was after the letter from the Ministry of Health to the Attorney General that Dr. Ato Forson sent a letter to the Bank of Ghana instructing it to establish letters of credit in favour of Big Sea contrary to the terms of the agreement.

Mr. Agyeman-Manu said shortly after that, the first batch of 10 ambulances were shipped into the country but had several defects which Big Sea promised to rectify. He said despite the company failing to rectify the defects, it shipped a further 20 ambulances with the same defects in two batches of 10.