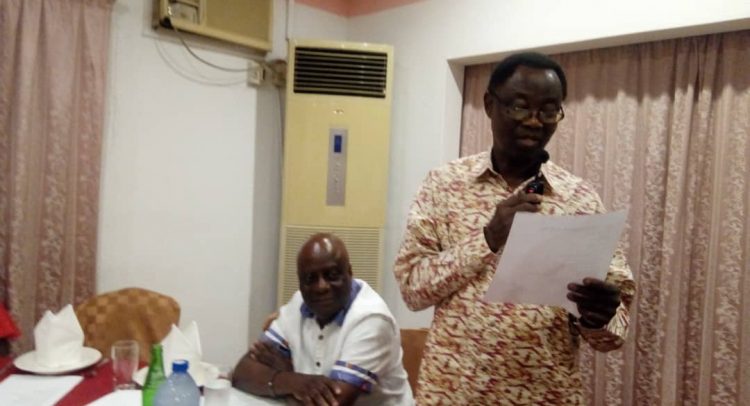 THE HOLY Trinity Medical Centre has engaged health practitioners in Ghana on the need to promote the management of diabetes and diabetic emergencies in the country.

Doctors and nurses from various health facilities were assembled by Holy Trinity Medical Centre at the Hinlone Chinese Restaurant, Labone, in Accra on Friday, May 3, 2019.

The meeting themed: ‘Management of Diabetes and Diabetic Emergencies,’ aimed at providing the platform for medical practitioners to share knowledge on how best to manage the disease that is reportedly becoming a major public health challenge in Ghana.

It comes as Ghana grapples with increasing rate of diabetic cases.

Dr. Ofoliquaye Allotey Annan from the Medical Department of the Korle Bu Teaching Hospital, in a presentation, said the number of diabetic patients in Ghana was on the rise.

He added that more women were diabetic in Ghana as compared to men, saying most diabetic patients were in the geriatric age group (older people).

The worldwide prevalence of diabetes mellitus as at 1985 stood at 30 million.

Changes in lifestyle accompanied by poor dieting has been cited often as one of the main contributory factors for diabetes, especially among young people who are vulnerable to type 1 diabetes.

As diabetes is incurable, the need for its management or prevention has become paramount in Ghana and globally.

Hence, Holy Trinity Medical Centre is leading the way in creating awareness about its management and prevention.

Dr. Allotey Annan urged medical professionals in charge of treating diabetic patients to see the management of the disease as a “multidisciplinary” issue that should involve patients and other key stakeholders.

He called for a “formulated plan” from doctors in dealing with diabetic patients.

He also urged the use of insulin in managing progressive diabetes, saying insulin was the best form of treatment.

“Diabetes is a progressive disease. Patients need to be educated.

Patients need to be made aware that their sugar levels can be controlled,” he urged.

He cautioned that “providers should avoid using insulin as a threat or describing it as a sign of personal failure or punishment.”

Board Chairman of Holy Trinity Medical Centre, Professor S.B. Naeeder, said Ghanaians must be mindful of their diets and should exercise regularly.

He explained that many Ghanaians who exercise regularly are those who are already obese and even as they are working to loose weight, they were drinking and eating heavy right after exercising.

That, he said, makes it hard for most of them to achieve weight loss.