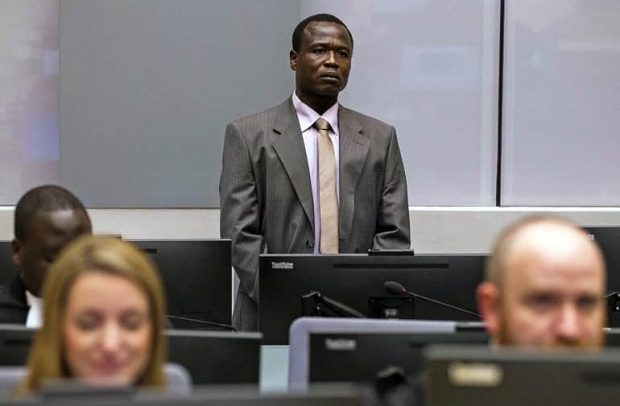 Dominic Ongwen is the first ICC case to involve an alleged perpetrator and victim of the same war crimes.

The International Criminal Court will hand down its verdict on Thursday on a Ugandan child soldier-turned-Lord’s Resistance Army commander accused of war crimes and crimes against humanity.

Dominic Ongwen, 45, faces 70 charges over a reign of terror in the early 2000s by the LRA, whose fugitive chief Joseph Kony waged a bloody campaign to set up a state based on the Bible’s Ten Commandments.

The case is the first at the ICC to involve an alleged perpetrator and victim of the same war crimes, with Ongwen himself having been abducted by the rebels as a child while on the way to school.

Ongwen, nicknamed “White Ant”, is also the first LRA member to face justice at the tribunal in The Hague or anywhere else over the bloodshed that stretched across four African nations.

He has denied the charges “in the name of God” and his defence lawyers say he must be acquitted because he was psychologically damaged by being taken by the group at a young age.

“This case is a milestone as the first and only LRA case to reach a verdict anywhere in the world,” Elise Keppler, associate director of the International Justice Program at Human Rights Watch (HRW), told the AFP news agency.

The LRA was founded in 1987 by former Catholic altar boy and self-styled prophet Kony, who launched a bloody rebellion in northern Uganda against President Yoweri Museveni.

The United Nations says the LRA killed more than 100,000 people and abducted 60,000 children in a campaign of violence that spread to three other African nations – Sudan, the Democratic Republic of the Congo and the Central African Republic.

Ongwen, whose nom de guerre means “born at the time of the white ant”, is accused of leading massacres at the Lukodi, Pajule, Odek, and Abok refugee camps, and the conscription of child soldiers.

Prosecutors say he was a “ferocious” and “enthusiastic” senior LRA commander in charge of Kony’s infamous Sinia brigade, which also allegedly abducted young girls and women to serve as domestic workers and sex slaves.

At the opening of the trial, prosecutors played gruesome videos of the scene after an LRA attack on Lukodi refugee camp, showing disembowelled children and the charred bodies of babies in shallow graves.

Residents in Lukodi near the city of Gulu, some 350 kilometres (218 miles) north of Kampala, told the AFP news agency the horrors of the attack still lingered fresh in their memories.

“A total of 15 of my family members were killed during the attack and very many people were injured,” said farmer Muhammed Olanya, 38, adding he became head of his family “at a very young age”.

“I have hope that Dominic Ongwen will be convicted for the crimes he committed against our people,” Olanya said.

“Those responsible for the attack in Lukodi and northern Uganda should be brought to account,” he said.

Ongwen’s lawyers argue he must himself be treated as a victim of the LRA, saying child soldiers were brainwashed by pain, beatings and exposure to violence, with some made to kill their own parents as a “cleansing process”.

“Once a victim, always a victim,” his lawyer Krispus Ayena Odongo told the court in 2018, adding that he was effectively a “slave”.

Ongwen surrendered to US special forces who were hunting Kony in the Central African Republic in early 2015 and was transferred to the ICC to face trial.

HRW’s Keppler said the verdict would mark “important progress towards holding accountable a rebel group that has caused mayhem in Uganda and several nearby countries for years”.

“It also highlights the challenges to delivering accountability when a child victim grows up to become a leader of such a group,” she said in a statement.

More than 4,000 victims also took part in Ongwen’s trial, which began more than 10 years after a warrant for his arrest was issued in 2005. More than 234 days of trial proceedings, more than 130 witnesses personally testified to the court, the ICC said.