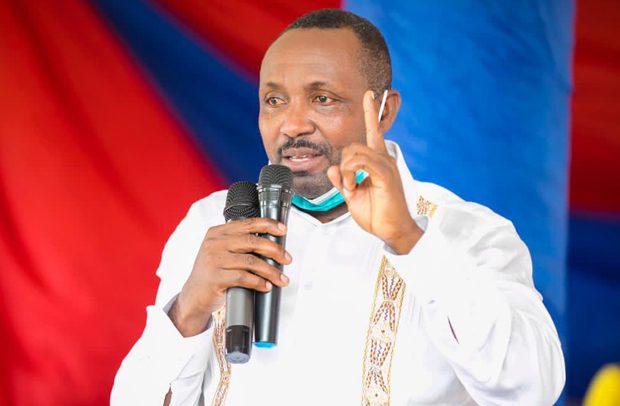 PRESIDENT NANA Addo Dankwa Akufo-Addo has reiterated his strong desire to hand over power to another New Patriotic Party (NPP) government in 2025 to ensure continuity of the good work done by his administration.

New Patriotic Party General Secretary, John Boadu, who disclosed this in Kumasi, said the President shared his dream when he met the National Executive Committee (NEC) members of the party in Accra on Tuesday.

According to him, the President stated that his administration, despite the challenges posed by the COVID-19, has been able to deliver on its mandate, and is determined to work harder than before to help actualise the dream for the NPP to get a hat-trick of electoral victories in 2024.

Mr. Boadu, who was speaking at a news conference in Kumasi yesterday, said President Akufo-Addo, however, indicated that achieving the dream is also predicated on the unity of the party, actions and inactions of NPP members leading to the next general election.

He disclosed that the President urged the party faithful and sympathisers to eschew back-biting and anything that will bring about internal wrangling, adding that significantly, the meeting was used to review the ongoing NPP internal elections.

“The NPP members should remain steadfast and united around the sterling leadership of the government which is steering through these difficult times,” he quoted the President as saying.

“The party can only realise its ambition of retaining political power in 2024 when the party members eschew all forms of bickering, antagonism and all other things that tend to divide us.”

“If we adhere to my wise counsel and remain united as one elephant family with a common destiny, definitely we shall win the elections and I, Nana Akufo-Addo, will hand over political power to another competent NPP person in 2024,” the President purportedly stated.

The NPP General Secretary told journalists that President Akufo-Addo said the country was lucky to have the NPP administration in office at the time the world is going through a crisis.

He added that the President mentioned some of the pragmatic policies and social programmes implemented to stabilise the economy and transform the country.

Mr. Boadu used the opportunity to explain measures put in place by the NPP leadership to make the upcoming party elections an incident-free affair.