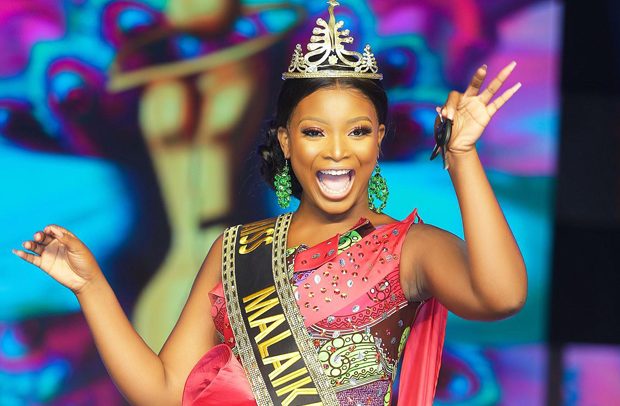 A 20-year-old student of the University of Professional Studies (UPSA), Accra, Jasmine Djang, was crowned Miss Malaika 2020, at the Miss Malaika  grand finale which was held at the Grand Arena at the Accra International Conference Centre last Saturday.

She beat nine other beautiful and intelligent young ladies to win the enviable title, cash prize and a brand new car.

Jasmine Djang gave the audience and judges the true definition of beauty with brains, as she wowed them with outstanding performances throughout the competition.

All ten finalists put up a good show but Jasmine proved a tough competitor on the night.

She will now take on the role of Miss Malaika after Phylis Boison, from the University of Ghana Business School (UGBS) won the title in 2019.

The Malaika night was thrilling as there were music performances from artistes such as Kidi, Adina, among others.

The pageant is produced as a 12 to 13-week reality show and each week, the contestants are given tasks to perform which range from performances to organising events.

It was the first beauty pageant show to be aired as a reality series in Ghana.

From the conception of the show in 2002, it has been presented to the audience as a reality TV show which allows the viewers to vote for their favourite contestant to be crowned Miss Malaika Ghana.