Jonathan Runs To Dakar Amidst Controversy Over Presidential Ambition 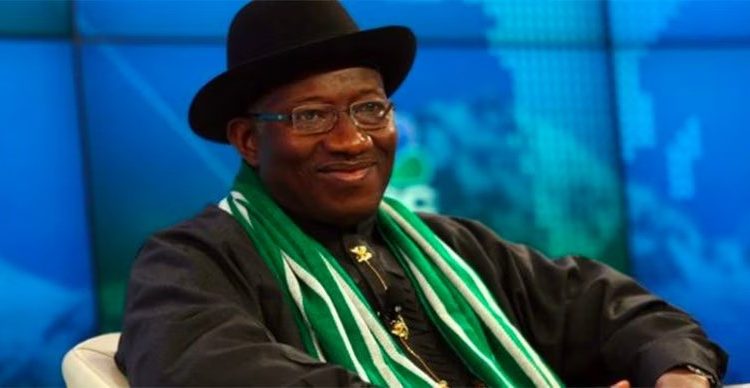 Former President, Dr Goodluck Jonathan, arrived in Dakar on Tuesday to participate in a sub-regional dialogue on sustaining democratic principles in West Africa, his spokesperson, Ikechukwu Eze, has said.

According to him, the event was organised by the West African Elders Forum.

The trip came amidst controversy surrounding his presidential ambition for the 2023 election under the platform of the All Progressives Congress.

Eze in a statement titled, ‘Ex-President Jonathan arrives Dakar for sub-regional dialogue on democracy, peace’, said Jonathan who is the chair of WAEF would be declaring the event open alongside Senegalese President, Macky Sall.

He said, “The two-day programme, beginning on May 12, 2009, will provide the opportunity for former heads of state and other thought leaders in the sub-region to review recent socio-political developments, identify challenges and offer some recommendations that would enhance credible elections and peaceful transition of power in the sub-region.

“Participants at the dialogue will be focusing on many issues affecting the growth of democracy in the sub-region including constitutional term limits, credible elections as well as the return of military coups and unconstitutional change of government.

“They will also examine processes of galvanizing and harnessing subregional and regional responses to the socio-political challenges affecting West Africa’s democratic progress and advancement.

“Since its inauguration last year, WAEF, an initiative of the Goodluck Jonathan Foundation, has continued to champion causes that promote, peace, democracy and good governance in the sub-region.

“Two months ago, the Forum made up of mainly former Presidents and prime ministers from the sub-region convened a strategy meeting where they shared their thoughts on the democratic trends in West Africa.

“During the inauguration of the Forum in March last year, Dr Jonathan, Chief Olusegun Obasanjo, and six other former West African leaders resolved to collectively exert their enormous goodwill towards ensuring peace in West African nations, by promoting credible elections and good governance, in order to prevent the nations from descending into crises.