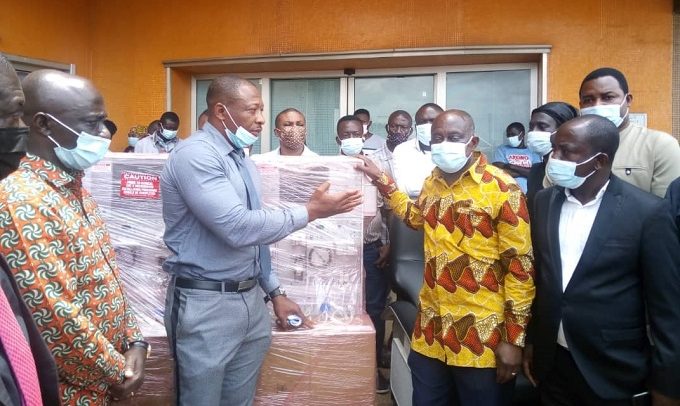 The assistance was made possible following the intervention of Sankofa Medical Charities, a medical charity organisation which is based in the United States (US).

The donation is to help position KATH well so the hospital would be able to offer standard treatment for patients suffering from kidney-related diseases in the region in particular.

Dr. Majeed Adams described KATH as an important medical facility, adding that the donation was intended to help the hospital to effectively deliver to international standards.

The donation, he explained, would not be a nine-day wonder, assuring that his outfit would not hesitate to support KATH again if they have the ability to do so.

The KATH CEO, Dr. Oheneba Owusu-Danso, said the presentation would greatly help KATH to give top class care to patients, assuring that the machines would be properly taken care of.

Simon Osei-Mensah, the Ashanti Regional Minister, lauded Sankofa Medical Charities for their continuous support for the health sector, urging them to sustain their good works.