Kunbuor Hits NDC Hard As He Pisses In 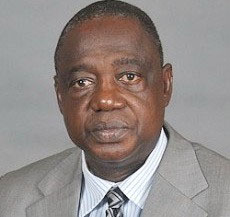 Dr. Benjamin Kunbuor, a stalwart in the opposition National Democratic Congress (NDC) who held key positions when they were in government, has hit hard at the executives of the party, saying they have disappointed the rank and file.

He said the leaders lied to the party’s supporters that the NDC won the December 2020 general election but could not produce a single evidence when former President Mahama who was the party’s flag bearer sent the petition to the Supreme Court.

“Immediately after the elections, results were coming, we started seeing figures. For the ordinary party member, you said we had won the elections through the figures and collation that the party had done, why is it that those figures did not find their way to the court,” he fired during an interview with Joy News.

“That is a fundamental question. It is a valid question because when you go back and I still have a number of those figures that in this region we got this, in this region we got this, we are running into a credibility problem here,” he added, insisting that “political accountability is vertical and horizontal. People don’t know today, what exactly are the collated figures.”

Over the weekend in Tema, some leading members of the party calling themselves Cadres, who largely espouse the ideals of the late former President Flt. Lt. Jerry John Rawlings, held a forum to discuss the future of the party under the theme ‘Securing NDC’s Future.’

Stalwarts like former NDC ministers and gurus such as Dr. Kunbuor, Dan Abodakpi, Augustus Goosie Tanoh, Ambassador Emmanuel Osei, and Ebi Bright, who were at the forum, took turns to slam any attempt to rush into picking a flag bearer when the root cause of the party’s successive defeats and the nature of a candidate picked, has not been discussed dispassionately.

They condemned the subtle attempt by some powerful national executives of the opposition NDC to block other presidential hopefuls from contesting former President John Dramani Mahama ahead of the 2024 election.

Dr. Kunbuor followed up with his criticism when he went on Joy News to talk about the happenings in the party.

He said the party’s electoral fortunes are dwindling because party executives are taking on responsibilities that are not part of their duties under the party’s constitution.

“To the extent of asking whether people need to get permission to carry out activities as members of this party is part of their mandate,” he said, adding, “When you degenerate to that level of the triviality of form and not substance, that is what creates the problem as to whether you are performing your job properly.”

Dr. Kunbuor, who has been Attorney General, Minister of the Interior, Health Minister and Majority Leader during the NDC administration, said that calls for Mr. Mahama to lead the party in the 2024 elections are not just childish but also stem from unscientific and uninformed viewpoints.

“John Mahama has his presence; a leading and formidable person in the party but does that mean that John Mahama himself accepts that he is now in control of the party?” he queried, and added, “I do not believe that is the way he thinks. People should not be in a hurry to invent enemies for John Mahama. I don’t know the motivation for the people to want to sandbar John Mahama in that way…It is childish, uninformed, unscientific and anti-John Mahama. I believe he will deal with it.”

He said, “If I were in John Mahama’s position and I have seen bits of it with Jerry John Rawlings; when you start behaving in this sycophantic manner, giving the impression that you are the one on whose health and breath John Mahama is surviving politically; many people will not take that. They will find an opportunity to draw your attention publicly that if that is the line you are running, you are not running it for me.”

Dr. Kunbuor said he did not believe the NDC is in a fix, insisting, “We are really not at a crossroads, but we are at a point in which the roads are likely to cross, and we want to avoid a situation of us getting into a crossroad.”

“And I said that conversation is not opportune, it is irrelevant, it is an invention of a problem for the party which they might not have immediate answers to,” he said, adding, “But that issue of who becomes the flag bearer is contingent on a number of many specific issues which needs to be addressed so that any flag bearer’s position becomes relevant.”