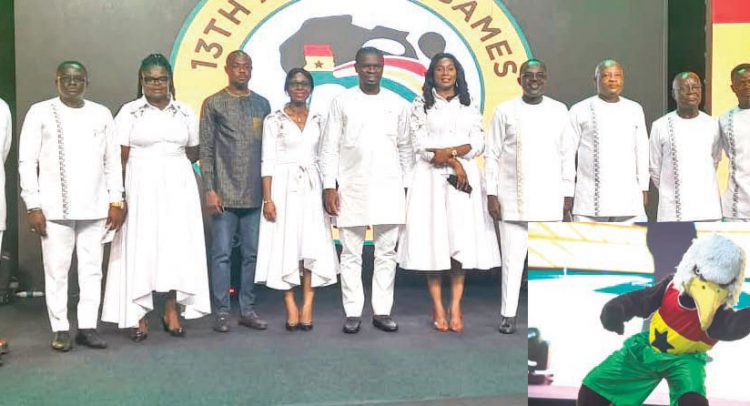 The Sports Minister (6th L) with members of the LOC. INSET: The mascot

An increasing number of clubs are pushing for a shutdown of the Premier League until the new year in an attempt to deal with the growing coronavirus crisis, sources have told ESPN.

Premier League chiefs have been informed that with rising case numbers being fuelled by the omicron variant, there would be support for suspending games until the weekend of January 8-9, when FA Cup third-round ties are due to take place.

It would mean postponing four rounds of league games, beginning this weekend and continuing through the weekend of January 1-2. Under the proposal, Premier League games would restart on January 15.

While recognising clubs are experiencing COVID-19 outbreaks, the Premier League said it was their intention to continue its current fixture schedule where safely possible, adding that the health and wellbeing of all concerned remains their priority.

A number of fixtures have already been postponed, including Manchester United’s trip to Brentford on Tuesday as well as their weekend match with Brighton. Leicester City’s match against Tottenham on Thursday has also been postponed. Sources told ESPN that United had nine available players from the first team squad for the match with Brentford on Tuesday, and just seven available for the Brighton game.

Watford’s visit to Burnley on Wednesday was called off just hours before kickoff, and there is concern among some clubs that supporters making long trips over Christmas could be forced to turn back if decisions on games are left too late.

Ahead of Chelsea’s match against Everton, the Blues returned three positive cases in addition to midfielder Mateo Kovacic self-isolating after becoming infected last week. However, as of Thursday lunchtime, the game at Stamford Bridge was expected to take place as planned.

Chelsea are hopeful that measures already in place are sufficient to contain what is so far being described as a minor outbreak.

However, one issue surrounding a potential shutdown is the disruption to broadcast schedules and the financial penalties which could follow.