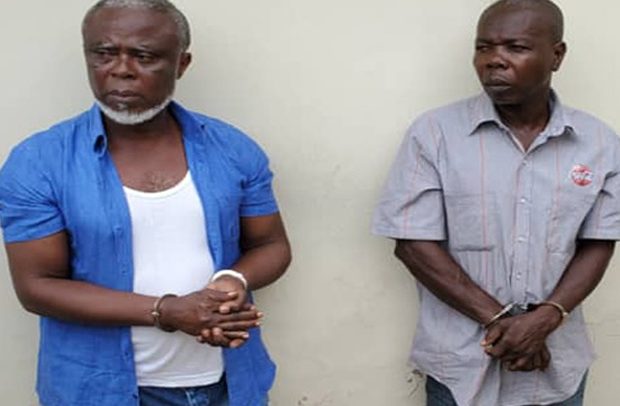 Leader of the Take Action Ghana, Dr Frederick Yao Mac Palm, and the other nine persons charged with treason, have denied the charge.

The accused persons are reported to be members of the Non Governmental Organisation, incorporated by Mac-Palm in 2018.

They allegedly planned to demonstrate against the Government and eventually overthrow it.

Consequently, Mac-Palm contacted Kafui, a resident of Alavanyo, to manufacture arms for that purpose and he produced them.

Later, the others were also contacted including; Zikpi, a signaler, thus they held meetings to facilitate the process and drew a map covering the Flagstaff House, Ghana Broadcasting Corporation, the 37 area and Burma Camp to facilitate their movements.

Colonel Gameli, promised to give his support before, during and after the planned event, whilst Kafui brought 22 explosives, six pistols, three grenades and five ammunitions.

Mac-Palm allegedly accommodated him, adding that, all these took place between June 2018 and September 2019.

Mac-Palm was said to have also provided a quantity of substance, which when inhaled, would make one sleep for an hour.

However, the Police upon a tip-off, arrested Mac-Palm on September 19 and the rest, subsequently.

They have since been held for conspiracy to commit crime and treason felony.

On the other hand, Colonel Gameli and ACP Agordzo have been charged for abetment of crime to wit treason felony.

The High Court, presided over by Justice Samuel K. Asiedu, an Appeal Court Judge sitting as an additional High Court Judge, had earlier granted a GH¢6 million bail with three sureties to be justified to Mac Palm, Kafui, Debrah, Zikpi, Colonel Gameli, LAC Solomon Corporals; Abubakar and Sylvester but they have since not met the bail bond.

It was the first time Mac Palm, Kafui, Debrah, Zikpi, LAC Solomon Corporals; Abubakar and Sylvester had made their appearance before the Court after they were committed by the District Court to stand trial at the High Court.

Meanwhile ACP Agordzo and WO2 Esther were on bail before appearing before the High Court, as well as Colonel Gameli, who was remanded into the custody of the military by the District Court due to his rank in the force.

Whilst counsel for Colonel Gameli and Zipki asked for review of the GH¢6 million with three sureties of the already reviewed bail bond of GH¢10 million with sureties, each to be justified, WO2 Esther’s counsel pleaded with the Court to ease some restrictions on her bail conditions whilst in the custody of the military.

However, the Court refused the applications of Colonel Gameli and Zikpi with the reason that it was not satisfied with the effort they had put in to get the bail bond executed whereas it asked WO2 to come return on October 15, 2020, the next adjourned date, if the restrictions were not eased.

The Court ordered the Attorney General (AG) to get its prosecution witnesses’ statements ready in order not to delay the process.

It again ordered the registrar to serve the Prisons’ Authority with a warrant to bring the accused persons instead of the BNI.

Ms Hilda Craig, Principal State Attorney did not give the facts of the case, but told the Court that the Prosecution would do so when the jury was empanelled.

“By the next adjourned date, the AG would have also served the accused persons with a copy of a motion for additional evidence to be added to the exhibits already in the Court’s custody,” she said, adding that at the committal stage, some of them were left out.