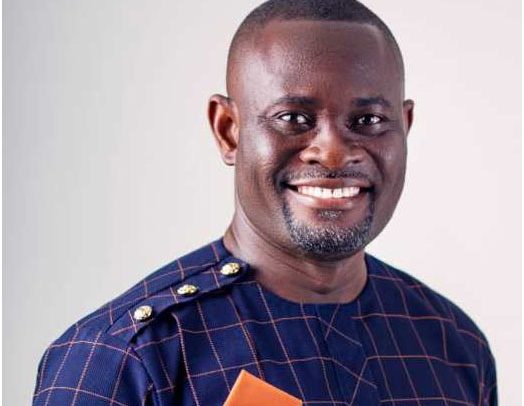 Mr. Mahama in the address made commentary on different facets of Ghana, including political governance, economic development, and job creation.

However,Mr. Kumah reacting to the claims by Mr. Mahama said he would not spend time exposing the hypocrisy of the former President on all the issues he raised but on the economy.

According to him, “As a Deputy Minister of Finance, I feel compelled to provide some facts and figures to aid the understanding and appreciation of the former President on the excellent work President Nana Addo has done to correct the mess he left and the quest to build forward better post-Covid-19 pandemic”.

The MP posted on his Facebook page that” Perhaps I need to elucidate to Mr. Mahama the government’s strives to weather the devastating effects of Covid-19. Thanks to the “people first” policy of Nana Addo when coronavirus first came to our Country, lives were saved, businesses were protected, and the economic cost of the pandemic largely attenuated”.

“As a result, Ghana is currently seeing a rebound in growth, inflation is on a downward trend albeit the recent blips, the Cedi’s depreciation is at an all-time low, and international reserve is at an all-time high of 6 months of import cover.

The Deputy Minister of Finance noted that the government has continued with the much-needed flagship programs expected to aid the country’s economic transformation, including the recently introduced GhanaCARES program. However, equally crucial to Ghana’s economic rebound is the maintenance of the Country’s security given the volatile security situation of the sub-region.

“Indeed, the government has provided the required resources to guarantee that the territorial integrity of Ghana is maintained. Also, the massive roll-out of Covid-19 jabs is facilitating the quicker rebound of the economy”.

“The former President repeatedly intimated that Ghana’s economy is in a dire state and requires IMF support. Indeed, the former President said that the NPP Government has refused to accept and acknowledge the Country’s economic predicaments. The ex-President’s statement is surprising, especially when Nana Addo’s government has been honest with Ghanaians on the economic situation he inherited and the measures to turn around the fortunes of the Country. Maybe, a few macroeconomic statistics will enable the former President to appreciate the excellent work of Nana Addo’s Government” he stated.

John Kumah further explained that by the end of 2016, when Mr. Mahama was the President, the real Gross Domestic Product moniker GDP was 3.4 percent.

“End-year inflation was at a high of 15.4 percent and a currency depreciation of 9.6 percent. The central government Fiscal deficit for 2016 was 6.5 percent. Indeed, if one looks at the deficit front general government where all contingent liabilities are included, the deficit could be much higher. Primary balance, which indicates the Country’s ability to service its debt, was negative at 1.4 percent” he said.

“Government’s short time securities were selling at an all-time high, with 91-day bills at 16.9 percent. The current account was in the negative at 6.6 percent of GDP. The trade balance was also negative, and Ghana’s international reserves could cover only 3.5 months of imports”.

He said “Even with COVID-19, where the global economy plunged into recession, Ghana still recorded positive growth of 0.4 percent. According to the World Bank, the pandemic upended over a decade of growth witnessed in Sub-Sahara Africa, with an estimated negative growth of 2.4 percent in 2020. The negative growth was Africa’s first economic contraction in a generation and the deepest recession since the 1960s. Fitch Ratings acknowledged that Ghana’s 0.4 percent growth in 2020 was one of the few sovereigns globally to record positive growth, and they project a growth rebound of 5 percent in 2021”

“Regarding the Cedi’s depreciation against the major currencies, the performance of Nana Addo is unparallel. From a high of 9.6 percent in 2016, the average exchange rate dropped to 4.9 percent in 2017, 8.4 percent in 2018, and reduce to a low of 3.5 percent in 2021. Indeed, in February 2020, the Cedi was the best performing currency in the world. This indicates that the NPP government has managed the currency better than we saw in the past. The Cedi’s performance so far this year has been phenomenal, especially when compared to 2019’s end-year larger depreciation of 12.9%, 15.7%, and 11.2% to the US Dollar, Pound Sterling, and Euro respectively”. John Kumah added.

” For the most of this year (Jan.–June 2021), the Cedi appreciated the dollar and the Euro. As of 1st June 2021, the Cedi appreciated by 0.23% and 0.35% against the dollar and the Euro, respectively. But it depreciated against the GBP by 3.26%. This performance certainly is attributable to several measures initiated by the Government and the Bank of Ghana (BoG), including the novel FX Forward Auction which has reduced pressure at the FX spot market and the Country’s relatively stable sovereign credit rating” he said.

“Other factors include the credible plan of Government to build back better the economy (restore macroeconomic stability) post-COVID-19 and return to the Fiscal rule by 2024, which has given confidence to investors” he stated.

“Also, the relatively large reserves and the excellent performance of the managers of the economy have contributed to keeping the Cedi in check. This has been achieved despite the deleterious external headwinds, including strengthening the dollar on the back of positive economic data, risk-off sentiments, and growth in US job numbers. By the end of August 2021, the Cedi depreciated by 1.6 percent against the US Dollar”.

The figure attached shows the exchange development in Ghana from 2018 to September 2021.

It is important to note that developments in the exchange rate market under the NDC were much direr. Indeed, the Cedi as of the end of September 2012 had depreciated by 17.9% to the dollar, 14.1% to the GBP, and 13.1% to the Euro at the interbank market.

By September 2014, the currency saw it worse when it depreciated by a whopping 31.19% to the dollar, 29.32% to the GBP, and 23.63% to the Euro. This development certainly reflected the competence or otherwise of the managers of the economy at that time.

By the end of 2016, the Cedi depreciated by 9.6% to the dollar, appreciated by 10% to the GBP, and depreciated by 5.4% to the Euro. There is no denying that the NDC’s performance in the exchange rate market was dismal, as illustrated in figure 2 below.