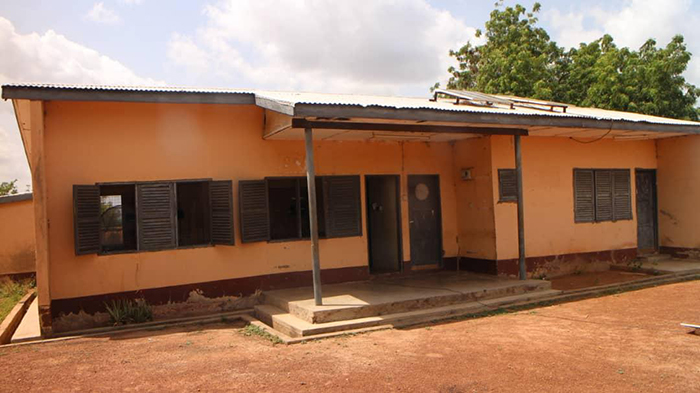 Healthcare has been put on hold at the Gbeo CHPS compound in the West Mamprusi Municipality of the North East Region.

This is due to the lack of drugs and basic equipment needed for proper healthcare delivery.

The lack of basic medicine and equipment at the facility has forced residents of the community to travel some seven kilometres from Gbeo to the Upper East Region in search of healthcare.

The facility, which has been in existence for over 10 years, has not seen any facelift since its construction.

This has left the structure in a deplorable state.

A nurse stationed at the CHPS compound at Gbeo, who spoke to DAILY GUIDE, revealed that even paracetamol and gloves cannot be found in the CHIPS compound.

“We don’t have the logistics and what it takes to deliver health to the residents,” he indicated.

The nurse explained that a letter was written to the health directorate in the municipality for renovation of the CHPS compound but to no avail.

Residents told DAILY GUIDE that the facility is not serving its purpose.

According to them, they were happy when the facility was built and were expectant that it would solve their health problems, but the opposite is what they are witnessing.

The West Mamprusi Municipal Chief Executive(MCE), Abu Mohammed, in an interview with DAILY GUIDE, said most CHPS compounds in the municipality are not accredited with NHIS and that the assembly had released funds for the municipal director of health to accredit such facilities.

He indicated that the assembly was working hard to ensure that health delivery becomes effective in the municipality.