‘Messi Not Difficult To Manage’ 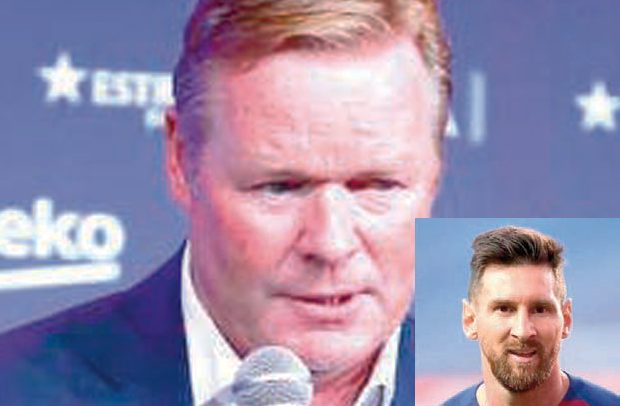 Ronald Koeman has dismissed claims that Lionel Messi is difficult to manage.

Former Barca manager Quique Setien suggested that he found the forward hard to handle during his brief tenure.

“I don’t agree [with Setien] but I respect his opinion and what he has experienced,” said Koeman.

Messi put in a transfer request in August but was unable to force a move from Barcelona.

“Messi is a very good player, the best in the world,” Koeman said. “I see his ambition but he is not a player I have difficulty managing.

“Every coach is different – but for me, he is the captain and I talk to him every week about things in the dressing room and on the pitch and there is a good relationship,” Koeman said.

Barcelona have made a strong start in this season’s Champions League, beating Juventus and Ferencvaros to sit top of Group G – bringing some relief from their poor La Liga form.

Koeman’s side are 12th, having not won any of their past four games, and losing 3-1 at home to Real Madrid on 24 October.

“I understand the criticism,” he said. “Two points from the last four games is not good and it is normal for criticism to come. I accept it and keep working to improve things.”

Koeman also said goalkeeper Marc-Andre ter Stegen is in contention to return after recovering from a knee injury.