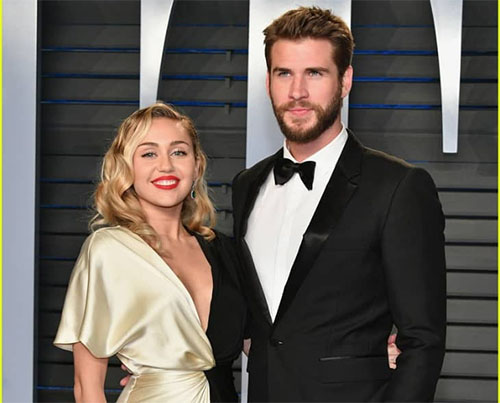 Miley Cyrus and Liam Hemsworth are getting divorced under a year after they got married.

A statement from Miley’s reps, given to CBS, says the pair have “agreed to separate at this time”.

The singer and actor met 10 years ago on the set of Nicholas Sparks’ drama ‘The Last Song’.

The couple have had an on-off relationship – they briefly broke up in 2013 before getting back together again in 2015 and marrying in 2018.

Miley confirmed the December wedding on social media by sharing images of the ceremony.

They got married at her home in Franklin, Tennessee, in front of a small group of close family and friends.

The statement continued, “Ever-evolving, changing as partners and individuals, they have decided this is what’s best while they both focus on themselves and careers.

“They still remain dedicated parents to all of their animals they share while lovingly taking this time apart. Please respect their process and privacy.”

Before the announcement on Saturday, Miley posted a picture of herself on Instagram, with fans speculating as her wedding ring was missing.