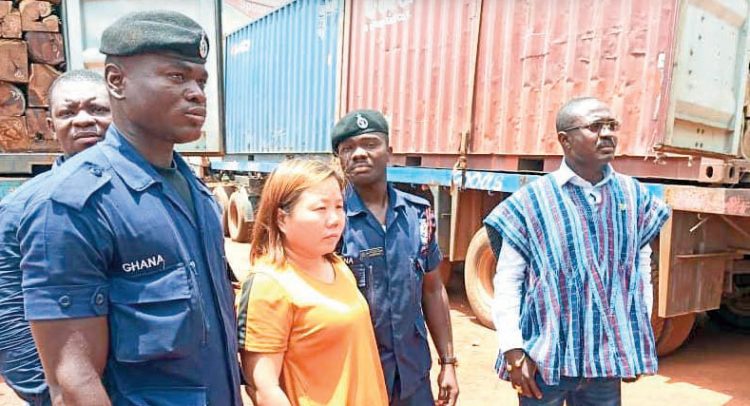 FLASHBACK: When the suspect was arrested

The Savannah Regional Minister, Salifu Adam Braimah, has appealed to chiefs in the region to desist from assisting Chinese nationals to engage in the exploitation of rosewood in the region.

He said no Chinese national could visit the region and exploit rosewood without the approval of traditional authorities in the region.

The minister has, therefore, set up a nine-member committee with the mandate of investigating factors that militate against the efforts made so far to eliminate illegal logging. Besides, the committee is supposed to investigate the roles played by individuals, groups, institutions, including state institutions, in aiding the situation.

According to him, the committee’s report would complement the effort at stopping the rosewood menace in the region.

Mr. Braimah appealed to government to support the region to fight the menace so that the future generation would also benefit from the forest reserve in the region.

Following the arrest of Helen Huang for illegal possession of rosewood, the Savannah Regional Minister closed down the operations of Brivywells Company. Brivywells is a logging company near Damongo, the regional capital.

DAILY GUIDE gathered that the company had been operating on the blind side of authorities since its inception.

The Ministry of Lands and Natural Resources has banned the harvest of rosewood in line with the Convention on International Trade in Endangered Species (CITES).

Parties Agree On Election Of MMDCEs