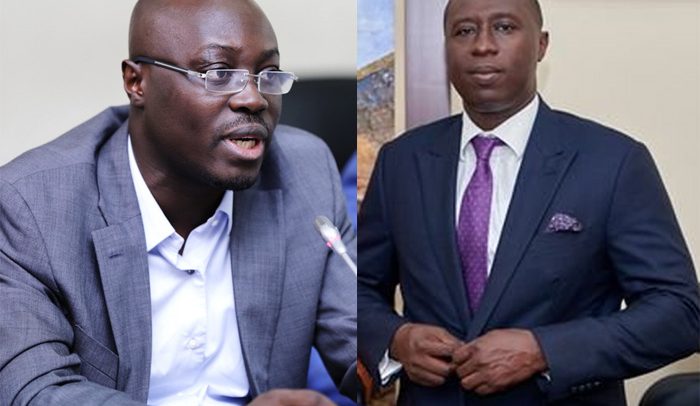 Parliament has approved an amount of GH¢4.3 billion for the Office of Government Machinery, with the Minority members raising serious concerns over the degree of external and internal trips with their consequent huge costs and health implications to the nation.

The Minority, led by the ranking member of the Finance Committee of Parliament and National Democratic Congress (NDC) Member of Parliament for Ajumako/Enyan/Essiam, Ato Forson, said 150 foreign and local trips had been programmed for President Akufo-Addo to undertake in 2020 which would come with a huge cost to the state.

He said the President’s foreign trips from January 2019 to September 2019 had cost the nation a whopping GH¢62.5 million, with hotel accommodation also costing the taxpayer GH¢5.8 million.

The deputy ranking member of the Finance Committee and NDC MP for Sekyere Afram Plains, Alex Adomako-Mensah, said the President is 75 years old now and his health should be of paramount concern to the nation and, therefore, he should not be burdened with such number of trips which could affect his health for the nation to bear the cost.

The New Patriotic Party (NPP) Member of Parliament for Okaikwei Central and the Deputy Minister for Sanitation and Water Resources, Patrick Yaw Boamah, in a sharp rebuttal, questioned the motive behind the Minority’s argument, stressing that the Minority members were only jealous of the President’s activeness and his passion to deliver on his mandate to the good people of the country.

The deputy minister also said that all those foreign trips are not for sight-seeing but trips that are undertaken to attract investments into the country and also to build and strengthen diplomatic relations with other nations.

Out of the budgeted amount for the Office of the Government Machinery, the Scholarship Secretariat had the lion’s share of GH¢2.6 billion to help support 443 students from public universities and the Ghana Institute of Languages, as well as 153 students from training colleges to participate in the Year Abroad Programme which is for language efficiencies.

According to the Chairman of the Finance Committee, Dr. Mark Assibey-Yeboah, the secretariat was able to pay all the arrears of 2017/2018 academic year for 121,359 second cycle students at a total cost of GH¢28.3 million.

He said the secretariat also settled claims for feeding grants for 76,230 students on Northern and Hardship awards at a cost of GH¢70 million while the stipends, air tickets and other allowances of 221 Ghanaian medical students who returned from Cuba after they completed their training at a cost of GH¢41.1 million.

Other agencies under the Office of the Government Machinery include the Micro Finance and Small Loans Centre (MASLOC), Ghana Investment Promotion Centre,  National Identification Authority (NIA), State Interests and Governance Authority, Nations Builders Corps, Council of State, State Protocol, Office of the Administrator-General and many others.

Not A Good Picture