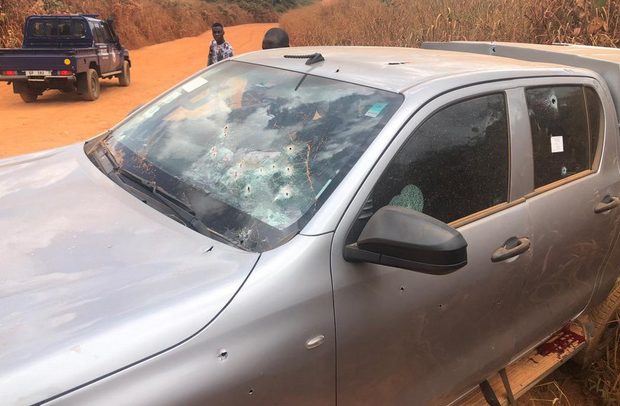 Last week ended on a sad note. With daredevils ambushing a bullion van in one part of the country and others ending the life of another citizen, the picture was unexciting.

The security situation had greatly improved for a long time and this bloody development expectedly broke hearts.

We must, however, express joy that law enforcement has already arrested four suspects who are assisting in investigations.

The two incidents do not certainly represent the picture of Ghana today; her security having improved tremendously of late.

The number of firearms in the hands of non-state players who are not licensed to possess these weapons is still an issue, having defied all attempts at reversing the picture.

Various state agencies continue to play their parts just so we can move about our legitimate duties without fear, but unfortunately the weapons are still a threat.

Illicit small arms have proliferated so much in society that their recoveries from dangerous persons require the support of all citizens of this country. The demand for weapons by land guards and other bad boys provide the appetite for weapon acquisition on the black market.

A few days ago, a certain young man was arrested in Tamale with weapons. He had allegedly committed a crime in Tema and elsewhere using, of course, one of the many weapons he has in his possession.

We must do something about our borders where some of the weapons are smuggled through. The strife-torn areas of the sub-region continue to feed the insatiable demands of gun runners who sell firearms to criminals.

Security management is a shared responsibility. Without law enforcement working with the citizenry to thwart the efforts of criminals, gunrunners will remain in business the dangers their occupation poses to society too palpable to be repeated.

Suspicious movements of criminals must be relayed to law enforcement immediately for the necessary action.

The young man (Imrani) who was arrested in Tamale and returned to Tema, for instance, must have been known to the people in his community as someone dealing in illegal weapons but such information was withheld thus allowing the criminal to remain in business.

A lecturer has been killed as well as a gentleman in a bullion van by criminals who used illicit weapons. Perhaps had they been unmasked before embarking upon their murderous project lives would have been saved.

It is our wish that those behind the Ashanti Region bullion van ambush would, like their counterparts in Accra, be grabbed as soon as possible.

When criminals are arrested swiftly after committing crimes, it dawns upon them that they would soon be grabbed and brought before the law.

When their arrests take too long to take place, the incentive to continue in the dark occupation grows to the detriment of society.

Let us support the police with every bit of information we have about suspects in all cases and to report suspicious movements of persons in our communities to the police.